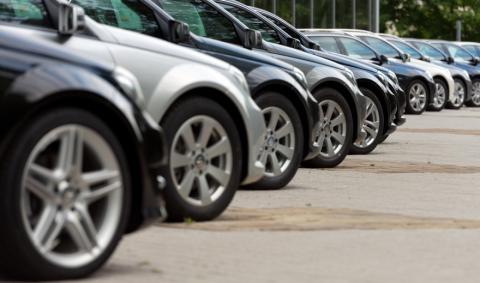 After strong improvements in May, look for a gradual rebound in auction prices during the back half of 2020, says J.D. Power Valuation Services, which released its monthly Guidelines Plus report on the used market on Thursday.

“Wholesale auction prices improved for the sixth consecutive week through the week ending May 31. Prices grew by an impressive 14 percentage points during this time which is a substantial improvement from the 16% trough recorded the week ending April 19,” David Paris, executive analyst at J.D. Power Valuation Services, said in a news release.

“While the rate of improvement is expected to slow due to an anticipated rise in wholesale supply in June and July, auction prices are expected to steadily recover over the remainder of 2020, finishing the year down by approximately 2% to 4% vs. 2019.”

The improvements in May have continued in June.

According to the Used Market Update blog post on Wednesday from Larry Dixon of J.D. Power Valuation Services, the weekly wholesale auction price index (for vehicles up to 8 years old) for the week ending June 14 was 102.8.

It also marks the eighth straight gain in the weekly wholesale auction price index, which has climbed 18 points since bottoming out the week of April 19, according to that post.

Meantime, auction sales volumes remain on the upswing, as well. According to J.D. Power, there were 107,000 auction sales of vehicles up to 8 years old the week ending June 14.

“Sales over the past two weeks have exceeded 100,000 units per week, the first time this has occurred in three months,” Dixon writes in the post, referring to the weeks ending June 14 and June 7.

The dashboard, which shows daily comparisons to the same day in 2019, indicates that that wholesale buyer activity dropped more than 81% year-over-year on April 5, which was the trough in KAR’s data set.

Looking at the Manheim Used Vehicle Value Index for mid-June, wholesale prices in the first half of the month were up 6.6% from May.

“If the mid-month value of the Manheim Index holds for the full month, the Index will hit an all-time high,” Cox Automotive analysts said in the report.