Used-car sales a positive, but finding inventory may be a challenge 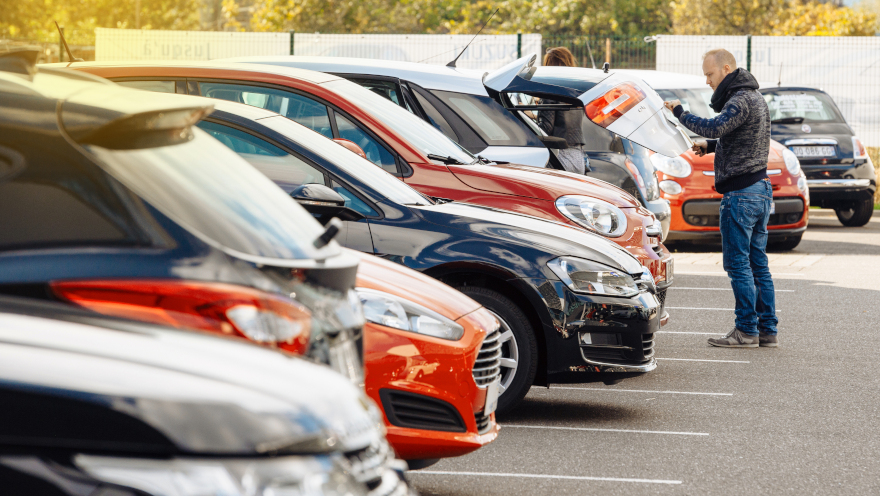 Used-car sales remain a bright spot for many dealers, but it could become challenging for them to get their hands on enough pre-owned supply, said panelists in a LotLinx webinar on Wednesday.

In a Weekly Market Update distributed Tuesday, LotLinx dissected used-car trends as of Monday night, indicating that there was a slight slowing in the pace of growth. However, used-car sales were up 14.4% from the pre-pandemic pace, LotLinx said.

“Early on in the pandemic, there was a lot of consternation about what’s going to happen with used,” LotLinx chief executive officer Len Short said in the webinar, which also included eDealer Solutions president Jennifer Suzuki and Mike Maroone Chevrolet South president and general manager Robert Farnett.

“I know a lot of dealers, they don’t want to be holding a lot of used inventory through a tough sales period, so they cleared their lots of used inventory,” Short said. “But the darkhorse here has been used-car sales. It continues to run up.”

And that’s not always the case when the new-car market has such high incentives, including automakers running zero-percent deals for extended terms.

“Usually in an incentive environment like this, new sales become far more attractive and used sales lag, but that’s not what’s going on here,” said Short, who is among the speakers on tap for next month’s AIS in Advance virtual conference on automotive innovation.

But that used-car momentum comes with a challenge: competition for inventory.

Pre-owned “continues to be a very strong marketplace,” Short said. “Everybody has recognized that and now it’s a scramble for inventory.”

Mike Maroone Chevrolet South is located in Colorado Springs, Colo., an area that has typically had a “very strong used-car market,” due to economic insulation that comes with having a strong base of military personnel in the area, Farnett said.

“We’ve been very, very blessed to see our used-car business continue to be strong. At our store, we’re a 2-to-1 and there have been times we’re a 3-to-1, used-car- to-new (sales ratio),” he said. “I think the challenge that we’re going to face, especially as a General Motors dealer, is inventory.

“And it’s not just General Motors, but I think GM was hit harder because in the third and fourth quarter of last year, we dealt with a strike and that strike impacted our inventory flow,” Farnett said. “And then we were just starting to get the plans cranking again and we had a lot of orders in the pipeline, and then obviously COVID hit.”

The particular challenge that Farnett’s dealership faces is that it gets most of its trade-ins from new-car sales. About 73% of new-car sales for the Chevy store have a trade-in, he said, with about a third of used sales having a trade-in.

“If I look into the future, the biggest concern that I have is being able to acquire the inventory through a new-car trade, which is one of the advantages we have against the competition, is we’re new-car dealers and we’re selling new cars and getting trade-ins,” he said.

“Because if you have to go out and compete on the open market at auctions and through private acquisitions, there’s a lot of competition out there and they’re getting very good and they’re very smart at how to acquire.”

Speaking of acquiring vehicles at auctions, Black Book is one company that tracks that sort of metric.

And in its COVID-19 Market Update released Tuesday, Black Book reported the latest auction results continued to demonstrate strength “as sales were plentiful after the Memorial Day weekend left dealers needing inventory to replenish their lots.”

However, dealers and wholesalers are hitting a variety of inventory potholes.

“Most sellers were holding firm to floors, as demand at auctions has increased due to the strong retail demand being driven by stimulus checks and unemployment benefits. In some cases, we saw buyers and sellers walking away from deals over as little as $100,” Black Book said.

“At many auction locations, the supply available for sale is still down as staffing reductions have left them unable to process vehicles as quickly as needed. Many vehicles are still receiving little or no reconditioning,” Black Book added.

Nick Zulovich contributed to this report.