Used-car price impacts: A tale of 2 (or 3) scenarios 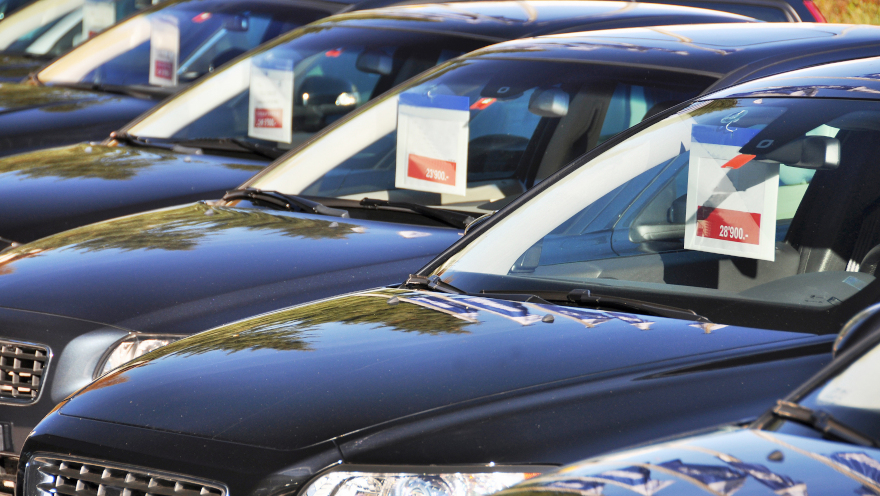 What will the impact of the COVID-19 pandemic ultimately have on used-car prices in 2020? That hinges on a number of factors.

Depending on which of two scenarios play out, used-car prices could decline about 10% in coming months and then recover in the fourth quarter or fall by as much as 15% before starting a recovery towards the end of the year.

That’s according to RVI Group, which has released a detailed analysis of the pandemic’s potential impacts on the general economy, new- and used-vehicle markets, ride-sharing services and more in its RVI Pandemic Outlook report.

The company outlines two scenarios in that report: The “Base Scenario” has the pandemic peaking in April before slowly drawing back in North America during the third quarter. This scenario also has a vaccine of sorts available by the end of the second quarter, with the pandemic ending by the close of 2020.

Meanwhile, the “Extended Pandemic Scenario” has it peaking at the end of the year instead of April, and then receding slowly next year in North America. That scenario doesn’t have a vaccine until 2021 and pinpoints the end of the pandemic as the end of next year.

Here’s how RVI sees the used-car market’s impact playing out for each of these scenarios, starting with the Base Scenario.

In this scenario, RVI doesn’t envision the used-car market having as much of an impact as the new-car market, given its relative inelasticity. What’s more, consumers often shift to used cars from new when the economy is challenging.

That said, used-car supply and demand are likely to be hit. Consumers aren’t shopping at stores, so demand is slowing, thus reducing demand for dealers to purchase cars wholesale. All told, this scenario would result in used prices falling 10% in the coming months before recovering in Q4.

“With the COVID-19 outbreak, the majority of auction activities have shifted to online platforms rather than physical auctions,” RVI said in the report.

“But even with this shift, auction activity is expected to slow down in the short term; dealers do not need to replenish their used inventory,” the company added.

“Since consumers are practicing social distancing and avoiding shopping in dealerships, sales are slowing. In addition, we expect the overall used-vehicle supply to decrease as trade-in and off-lease vehicle volumes will be lower.”

Should the “Extended Pandemic Scenario” happen, the impact on used-vehicle prices will be heightened.

“Used vehicle prices will decline by up to 15% over the remaining months of 2020 as demand for even used vehicles wanes,” RVI said. “Prices will start to recover towards the end of 2020 in the U.S.”

This scenario would also “severely” impact the new-car market, with at least six months of “extremely” low supply and demand. The annual sales rates for new cars would be 9.0 million in Q2 and Q3, with full year at 12.0 million. The full impact from both scenarios on the new-car market and beyond can be found in the report.

Over at J.D Power Valuation Services, analysts noted in a report Monday that through two months of 2020, used prices were up 3% year-over-year, following average annual gains of 2% the prior two years.

J.D. Power had projected before the pandemic that used prices for 2020 would be somewhere between flat with a year ago to up 1%. Given the impact of the pandemic, J.D. Power now has prices falling between 2% and 10%, based on three different scenarios: Low (down 2%), medium (down 8%) and high (down 10%).

Each of these scenarios reflect different disruptions to supply and demand.

“Each scenario is based on effects of employment, oil prices and household net worth/expectations of future income,” the company said in its report.