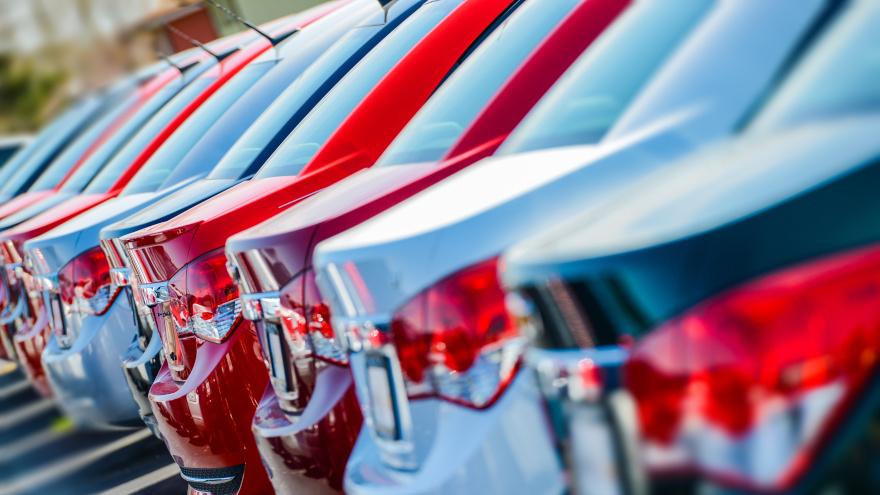 Used-car inventory levels at dealerships in the major cities most impacted by COVID-19 are, for the most part, climbing — including a big spike to begin April.

That’s according to a data analysis from CarStory, which continues to track the auto market effects from the pandemic throughout the country, including the most heavily affected cities of New York, Detroit, Chicago, New Orleans, San Francisco and Seattle.

CarStory found that in the week leading up to Friday, each of those cities except for New Orleans saw used inventories “rising sharply” relative to where they were on Jan. 1.

This signals a steep drop in used-car sales, the company said.

CarStory also measured daily used inventory turns on a national basis, looking at daily acquisition and sales rates to get a sense of where dealers stand.

“In a healthy market, the number of new vehicles coming onto a dealer’s lot tends to equal the number being sold,” CarStory president and chief product officer Chad Bockius wrote in the analysis.

“But what happens when a pandemic forces dealers to shut their doors or reinvent how they sell? How does the eroding wholesale market affect retail acquisitions? By looking at the daily acquisition and sales rate we can get a good picture of the impact,” Bockius continued.

The first two months of the year continued the market’s steady inflow and outflow of used inventory, he said. That is, until March 7, when used-car sales began to fall.

“The drop in acquisitions didn’t start until 10 days later. And while we are starting to see a slight uptick on both fronts, it’s still too early to tell if it is noise or a trend,” Bockius said.

Looking specifically at the most severely impacted metro (New York), CarStory found a similar trendline but with a “more severe” impact.

“We see a 75% drop in sales since February 27th. Acquisitions fell faster and even more severely, dropping 80% over three weeks,” Bockius wrote. “Here again, we are starting to see an upward movement, but it will take another few days to know if this is a trend.”

The glut in used inventory on dealer lots likely explains what J.D. Power Valuation Services observed in its latest analysis.

“This has never happened before,” said Jonathan Banks of J.D. Power Valuation Services, in an emailed analysis. “These are the kinds of weekly numbers that you would normally see out of a single large state — like California.”

The total auction sales volume number for the week ending April 5 marked a 37% week-over-week dip and an 87% drop from average pre-pandemic numbers, Banks added. In March, auction sales volume was at 283,000 units, down 31% month-over-month and close to 40% softer year-over-year, J.D. Power shared in an infographic.

One source of used-car inventory for dealers, of course, is trade-ins.

TradePending, a provider of trade-in tools, has a view into the website traffic and trade-in lead flow for more than 2,500 U.S. franchised dealers.

In addition to providing a deep dive into website traffic patterns over the past four “Covid” weeks (March 16-22, March 23-29, March 30-April 5 and April 6-12), TradePending shared some data and analysis around in-bound trade-in lead flow during COVID-19.

Interestingly enough, there were 19.9% more trade-in leads last week (April 6-12) than what is considered to be last “normal” week in the auto market (March 9-15) before markets began to shutter.

“As each week progresses, we continue to see healthy growth in lead volumes comparing ‘Covid’ weeks to that last ‘normal’ week,” TradePending said in the analysis.

“While traffic to dealers’ websites increased in week four, the traffic does look to be more highly motivated, as reflected by the increase in lead volume,” the company said. “The hypothesis: As less people are able to visit showrooms, they’re making better use of the online tools available to them.”

TradePending also broke down the data by day of the week, showing the percent change in trade-in lead volume for each day versus the corresponding day in the last normal week.

For last week (April 6-12), some of the daily changes were quite remarkable, particularly Friday’s. Trade-in lead volume that day was up 51.3% from March 13, the last “normal” Friday.

For each of the four Covid weeks, trade-in leads start off slow (Mondays and Tuesdays have generally been softer than the last normal week), before picking up midweek on into the weekend.

In each of the four Covid weekends, the Friday, Saturday and Sunday trade-in lead traffic has been up double-digit percentages from the last normal week, according to the TradePending data.