Units stack up at auction as sales rates plummet 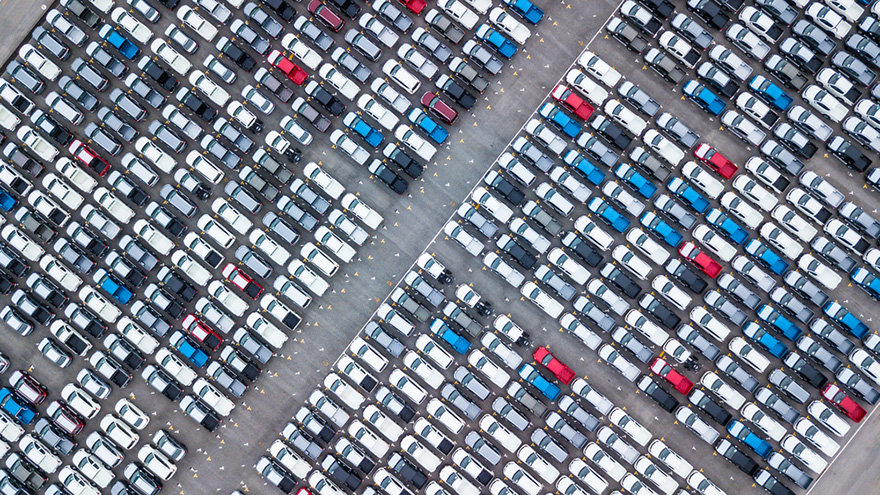 As auctions try to restart more sales, Black Book reported that what wholesale activity has been happening during the coronavirus pandemic resulted in paltry sales rates at or even below 20%.

“Supply at the auctions is starting to build as high no sale rates are leaving much of the inventory unsold, leaving the same inventory offered for sale again week after week,” Black Book said in its latest COVID-19 update.

Black Book indicated what little demand there now is in the wholesale arena is connected with vehicles costing less than $10,000; units that often fill a necessary void for replacement caused by accidents or a lack of public transportation.

“Demand is low right now as retail traffic for dealers is either drastically reduced or dealers are in locations that were forced to close their showrooms,” Black Book said.

“Internet lead generation at many dealerships is up, even for those that were forced to close their showrooms. Sales that are taking place are out of a customer’s ‘needs,’ rather than his or her ‘wants,’ analysts continued.

“Some new-car dealers are reporting concerns about the limited supply of new units when businesses re-open, along with supply-chain delays, which could lead to positive gains for used prices,” they went on to say.

And with a glimmer of hope for improved prices, Black Book explained that auctions will continue to house vehicles until the next chance to send them down the lanes.

“Remarketers are continuing to assure us that they are going to sit on their inventory for as long as possible — up to 60 days if necessary,” Black Book analysts said.

Meanwhile, as vehicles stack up at wholesale facilities, new-model inventory might begin to soften.

Instead of producing new models, Black Book recapped that many automakers converted some of their manufacturing facilities to produce much-needed medical supplies, including ventilators. And if they’re not making medical equipment, some OEM plants have been idled in an effort to slow coronavirus spread.

Black Book explained these actions have resulted in the delay of some new-model releases.

“Plant closures are forcing some manufacturers to delay the release of some long-awaited new and redesigned models, such as the VW Atlas Cross Sport, Nissan Sentra and Chevrolet Tahoe,” analysts said.

Black Book closed by noting the injection of funds consumers are looking to receive stemming from the CARES Act might not help the automotive industry like annual tax refunds.

“Stimulus money should start getting into the hands of consumers soon, but it is likely that many Americans will use this money for food and bills rather than a big-ticket item like a car,” analysts said.

“However, the small business loan options provided through the stimulus package have the potential to provide some relief to dealerships that are struggling with decreased sales and forced closures,” Black Book added.