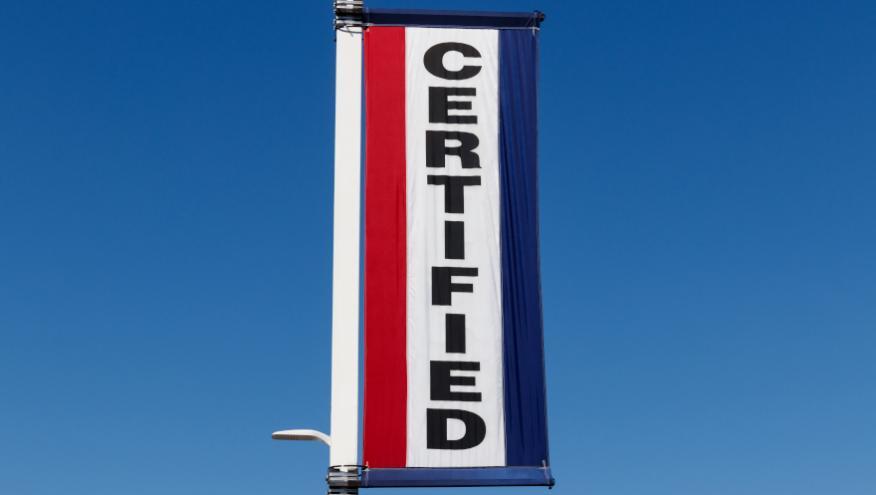 The San Francisco Giants had won their first of what would be three World Series titles over the next five years.

And within the auto industry, which began to inch forward that year after its historic collapse, it was the last time that certified pre-owned vehicle sales did not break a record.

A decade later, a record-less year in CPO is likely to happen again, as a “TikTok” of a different sort is racing up the charts.

According to the 2020 Market Insights & Outlook report from Cox Automotive, there will likely be 2.0 million CPO sales this year. While still a solid number and considered a bright spot in this year’s recovery, that tally would be down from 2.8 million certified sales in 2019 and mark the first year without record CPO sales since 2010, according to Cox Automotive.

“In 2020, the COVID-19 pandemic and recession will hurt CPO sales. A key question will be whether manufacturers support CPO with additional incentives to move the record supply,” the company said in its report.

That supply is fueled by off-lease volumes, which should remain steady at a high level this year after 4.1 million lease returns in 2019 and “should continue to support strong sales of higher-priced ‘gently used’ vehicles and CPO units,” Cox Automotive said.

The company pointed to the fact that CPO vehicles often have 30% to 50% lower prices than the same new models, yet still have many of the top tech amenities.

And despite the projected full-year dip and likely end of the records run, there are certainly some bright spots in CPO, which Cox Automotive manager of economic and industry insights Zo Rahim called an “important part of the used-vehicle market” during a webinar Thursday.

“CPO sales decreased 6% year-over-year last month, but were up 87% month-over-month,” he said. “Sure, the CPO market is small compared to the total used and total new-vehicle markets, but an 87% increase month-over-month is incredibly impressive.

“It’s just another sign of the recovery in sales being led by demand,” Rahim said. “Gently used and younger used vehicles should continue to see consumer interest for the rest of the year.”