These used cars are most affordable, reliable, safe 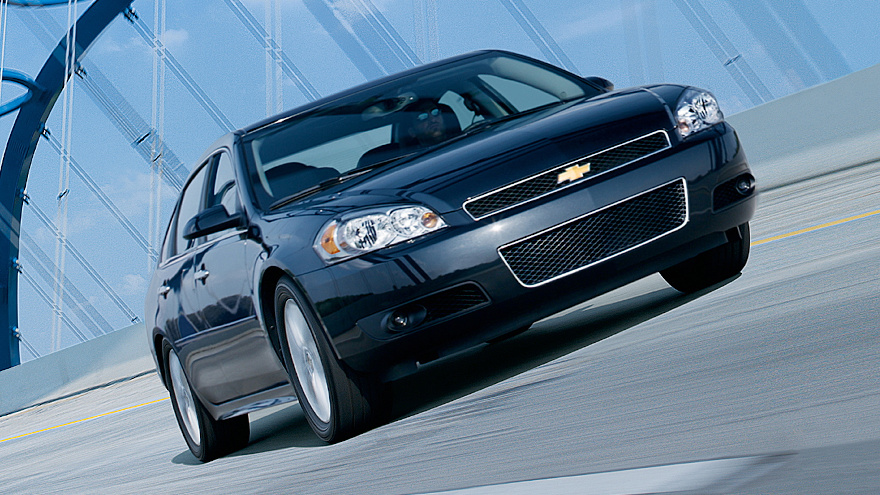 It’s no secret that in looking at various surveys and studies on vehicle reliability, Toyota and Honda usually stand out. Those automakers also stand out in affordability. That is according to iSeeCars’ most recent study, which is titled “Best Affordable Used Cars” and lists “reliable and safe used cars” by price and segment.

But other manufacturers also performed well in the survey, in which iSeeCars analyzed more than 6.1 million cars from model years 2011 and newer to determine the used cars showing long-term reliability and an average safety rating of at least four stars out of five from the National Highway Traffic Safety Administration.

iSeeCars said that buyers across all budgets can find a good car, so the company further examined which used vehicles are the smartest buys across multiple price points.

Starting out by looking at the best used vehicles under $10,000, the Toyota/Honda trend continues, with two Toyota models and three Hondas taking five of the seven spots. The 2011 Toyota Prius placed at the top of the list, with an average used-car price of $9,076.

But two non-Toyota/Honda models also showed strength in making the top seven. The 2012 Chevrolet Impala placed second with an average used-car price of $9,240. The 2013 Mazda Mazda6 came in fifth at $9,534.

The Chevrolet Impala, Ly said, “is a safe and spacious sedan that offers a comfortable ride to make it a great choice for a family-friendly vehicle.”

iSeeCars.com, which is a car search engine that looks to help shoppers find the best car deals by providing insights and resources, had average used-car prices for these vehicle segments in mind in finding that car shoppers can still find quality cars that are below those averages.

“Reliable pickup trucks and SUVs are more expensive than passenger cars and sedans, so we broke down how shoppers can get the best vehicles in each segment at the lowest possible price,” Ly said.

Ly continued, “These vehicles are proven to last beyond 200,000 miles, which means they can last at least 15 years if they are driven at the average annual mileage,” Ly said. “So even a nine-year-old vehicle, if well-maintained, can still have many more years on the road.”

But the company said car buyers looking for a used car under $15,000 can find newer versions and additional passenger car models compared to those under $10,000. For $15,000, reliable SUVs are available to suit their needs.

Ly said the Honda CR-V shows strong safety and reliability scores and provides among the most cargo and passenger space in its class.

“The Honda Pilot, known for its family-friendliness, offers one of the most spacious third rows in its class,” Ly said. The 2012 Acura MDX, which shares the same platform and many of the same parts as the Pilot, also made the list.

Two additional spacious midsize SUVs — the 2012 Dodge Durango and the 2011 Toyota Highlander — also made the list.

“The Dodge Durango is a popular family-friendly SUV for drivers with a strong engine and nimble handling,” Ly said.

Ly continued, “Meanwhile, the Toyota Highlander is known for its reliability and earns the distinction of the longest-kept car among consumers, so older versions are still a smart buy.”

The full-size 2012 Ford Expedition also made the list, and Ly described it as “a capable family hauler with a spacious third row and is one of the longest-lasting vehicles, so even a nine-year-old version still has a lot of life left.”

Looking at passenger cars under $15,000, iSeeCars said consumers looking for a passenger car with a sedan, coupe, or minivan bodystyle have many reliable and long-lasting vehicles to choose from under $15,000.

“Because passenger cars tend to be less expensive than SUVs, you can get later model versions while maintaining a $15,000 budget,” Ly said.

On the list of the best used cars under $15,000, eight additional models join newer model-year versions of the seven vehicles shown in the “Best Passenger Cars Under $10,000” list.

The 2012 Sienna minivan rounds out the list of Toyotas.

Three additional minivans make the list: the 2015 Kia Sedona, the 2016 Dodge Grand Caravan, and the 2013 Honda Odyssey. Ly noted that the Kia Sedona underwent a redesign in 2015.

“So this version has the same styling as its later year counterparts, with many of the same features at a more affordable price,” Ly said.

Ly continued, “The 2016 Dodge Grand Caravan is among the lowest priced minivans with convenient features like the popular ‘stow-and-go’ seating option, making it a good option for those who want a used family vehicle.”

Ly added that U.S. News and World Report named the 2013 Honda Odyssey the Best Minivan for Families, “and its high-tech features make it one of the more expensive vehicles in its class,” Ly said.

The 2014 Nissan Maxima rounds out the list, and Ly said that vehicle is known for its “agile handling and comfortable ride quality.”

Used-car shoppers with a budget of $20,000 can purchase vehicles from segments that are generally more expensive than passenger cars such as used pickup trucks, sports cars and later-model used SUVs.

iSeeCars went on to discuss the best used cars under $20,000 by segment.

“For consumers who want a reliable pickup truck, a budget of $20,000 or more can get them a reliable model that can last many more years,” Ly said.

Ly continued, “Because of the durability of pickup trucks and the fact that owners likely perform necessary repairs and maintenance on them because they are used for work, a later model version of these vehicles can be a wise purchase.”

Of the used pickup trucks for sale under $20,000, iSeeCars said the most reliable and best buys include the 2012 Toyota Tacoma, the 2011 Toyota Tundra and the 2013 Chevrolet Silverado.

Ly noted that US News and World Report named the compact 2012 Toyota Tacoma as Best Compact Pickup Truck for the Money. Ly added that the vehicle receives praise for its class-leading fuel economy and smooth handling.

“Toyota trucks are known for their reliability and longevity, which makes the Toyota Tundra a practical choice,” Ly said.

Ly continued, “The Tundra is a capable hauler with a powerful engine and strong towing capability. Those with a $20,000 budget can buy the slightly newer 2013 Chevrolet Silverado, which is known for its pleasant ride and powerful engine.”

Addressing the best used SUVs under $20,000, iSeeCars said that with a budget of $20,000, consumers can purchase newer versions of the used SUVs that are available for $15,000, in addition to five other models.

The Toyota Highlander Hybrid is the only alternative fuel vehicle on the list.

“Hybrids are more expensive than their gasoline counterparts, so a 2012 Highlander Hybrid can be purchased at a comparable price to a standard Highlander that is just one model year newer,” Ly said.

Ly continued, “Both the Highlander and the Highlander Hybrid are long-lasting, reliable vehicles that offer a third-row of seating to accommodate families.”

Full-size SUVs made by General Motors and built on the same platform are the four remaining SUVs on the list.

They include the 2012 versions of the Chevrolet Suburban, the Chevrolet Tahoe, the GMC Yukon and the 2011 version of the luxury Cadillac Escalade.

Ly noted that those full size SUVs are built on a truck platform, and that gives them truck-like durability.

“They are all proven to be safe and long-lasting, which make them good options for a family hauler,” Ly said.

iSeeCars went on to discuss the best used sports cars under $20,000, noting that they are similar to pickup trucks in that they are an expensive vehicle segment.

The company said car buyers with a $20,000 budget can buy these three used performance vehicles that it says are safe and long lasting: The 2014 Dodge Charger, the 2012 Audi S4 and the 2014 Ford Mustang.

The Dodge Charger and the Ford Mustang are two American sports cars from the model year 2014 to make the list of used sports cars for sale under $20,000.

Ly described the Charger as “the consummate American muscle car.”

Ly added that the Charger is known for its powerful engine and spaciousness, which appeals to those wanting “a roomy car with more power than a standard sedan.”

“A second classic American sports car, the Ford Mustang is a dream car for many, and since sports cars are driven less than the average vehicle, an older version can still be a sound choice for buyers,” Ly said.

The 2012 Audi S4 made the list, and iSeeCars said it is the performance variant of the Audi A4 small luxury vehicle.

“The 2012 S4 has a supercharged engine and has the superior ride and handling characteristic of the Audi brand,” Ly said.

Those with a used-car budget of $25,000 can choose later model year versions of the trucks and SUVs available for $20,000, in addition to some additional models.

Ly said shoppers spending $25,000 get more features on newer trucks with lower mileage. The redesign of the Chevrolet Silverado 1500 in 2014 could also be of interest to shoppers in that budget range, Ly said.

The 2014 Ford F-150 also made the list. Noting that the Ford F-150 is the best-selling pickup truck, Ly said the reason for the vehicle’s enduring popularity is likely its powerful engine and hauling capabilities.

Discussing the best used SUVs under $25,000, iSeeCars said for that price, used SUV shoppers can purchase even newer models of the SUVs seen on the $20,000-and-under list, in addition to their larger and luxury variants.

The 2012 GMC Yukon XL, the 2012 Cadillac Escalade ESV, and the 2014 Lincoln Navigator were additional models making the list.

“The Lincoln Navigator is the luxury version of the Ford Expedition, suiting shoppers who want a more premium version of the popular family hauler,” Ly said.

Because the Mazda6 was the best affordable car in seven metro areas, it is a smart choice for used car buyers, iSeeCars said.