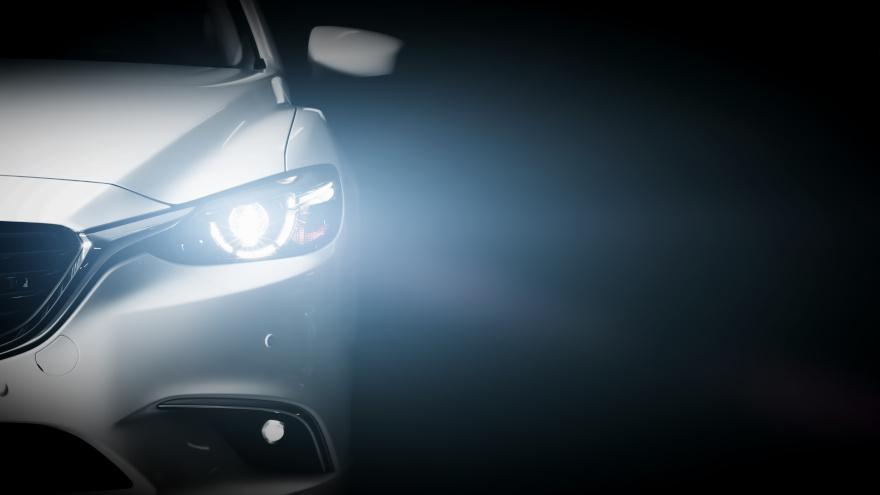 Kolodge, who is executive director of driver interaction & human machine interface research for the company, says automakers are moving forward with technology such as self-driving and battery-electric vehicles, “that consumers seem to have little interest in.”

Kolodge was commenting about J.D. Power’s 2020 Q1 Mobility Confidence Index Study fueled by SurveyMonkey Audience, released on Tuesday. The survey showed that consumer confidence in future mobility technologies is well behind automakers’ plans to bring self-driving and battery-electric vehicles to the marketplace.

In fact, J.D. Power’s Mobility Confidence Index for self-driving vehicles decreases for the first time — to 35 from 36 on a 100-point scale — for American consumers. It also declines to 36 from 39 for Canadian consumers.

For battery-electric vehicles, the index remains at 55 in the U.S. for the fourth consecutive quarter. In Canada, it declined to 57 from 59.

Not only are the automakers working on technology that seems to be of little interest to consumers, but they are also not taking steps forward to change people’s minds, Kolodge said.

Kolodge continued, “They are investing billions in these technologies, but they need to also invest in educating consumers. Lack of knowledge is a huge roadblock for future adoption.”

For the study, more than 8,500 consumers and industry experts expressed opinions about self-driving vehicles and more than 8,000 about battery-electric vehicles. J.D. Power conducted the survey in March 2020 before most stay-at-home orders went into effect.

J.D. Power listed some key findings about self-driving vehicles, and one is that consumers don’t believe the technology, or society, is ready.

In the United States and Canada, technology failure or error remains the top concern about self-driving technology.

One consumer commented on self-driving technology by noting that Canada’s climate and mountainous terrain present a significant challenge.

“Not practical in Canada where there is snow and messy roads,” the consumer said.

The consumer continued, “The cameras required cannot see clearly at all times as would be necessary for them to work properly and safely in this climate. I’m basing my statements on the automation in our own car that only works occasionally when the roads are dirty due to camera filth.”

American and Canadian consumers also worry about the law of unintended consequences that could result from self-driving vehicles, according to J.D. Power. One of those consequences could be creation of a lazy society dependent on technology and with diminished driving skills.

Another key finding: Uncertainty about timeframe for public availability. J.D. Power says experts believe self-driving delivery services could be available in the next four years.

But their predictions for self-driving vehicles available for consumer purchase is now 18 years. That is five years later than the prediction in the 2019 Q4 study.

Changing needs post COVID-19 is another key finding of the study. J.D. Power says experts anticipate that even after life returns to normal, consumer needs for mobility could shift.

“Coronavirus outbreak may steer some people away from shared transportation toward more private vehicle ownership, and some of these private vehicles may evolve from sophisticated ADAS to higher levels of automation,” J.D. Power quotes one of those experts as saying.

Self-driving delivery services could arrive at an optimal time when consumers are looking to minimize social contact.

“Coupled with consumer sentiment about the technology, there’s still a very long road ahead,” Kolodge said.

Sixty-seven percent of Canadian respondents have never been in a battery-electric vehicle.

But they are more knowledgeable about them. Nineteen percent say they know nothing about them.

J.D. Power quoted one Canadian consumer as liking the idea of an electric-powered vehicle but being concerned about the cost.

“Once the batteries need replacement, how expensive are they? How do old electric car batteries affect the environment? Are they able to be recycled, or will they make the landfills even more toxic? Would I get an electric solar powered car? Yes. But wouldn’t they also need batteries and then be in the same situation?” the consumer asked.

Yet another key finding of the study is that previous ownership does not guarantee future purchases.

Twenty-nine percent of American consumers and 31% of Canadian consumers express some likelihood of purchasing an EV in the next four years.

But almost the same amount have no intention to purchase one.

Some who owned a battery-electric vehicle in the past won’t buy again, with reasons such as high maintenance costs, purchase price, limited range and performance in extreme weather.

“Absolute hoax, does not provide enough heat to clear windows in cold weather. Car is cold to ride in in the winter,” one consumer said.

Another key finding of the study is that perpetual barriers remain.

Those were also the top three barriers in 1997, when J.D. Power studied consumer interest in electric vehicles at the time of the GM EV1 launch.

“But consumers have not budged in their perception,” J.D. Power said.

Even among those who have owned a battery-electric vehicle in the past list those items as their top three barriers.

“The marginal short-term shifts in consumer sentiment toward self-driving vehicles only show we’re yet to see the lasting implications of the current crisis on consumer preferences,” said SurveyMonkey chief research officer Jon Cohen.

Cohen continued, “But we know big changes are ahead, as physical distancing will shake virtually every major industry, including automotive and how we get around. These surveys will give us a glimpse of that future as new consumer preferences form and stick.”