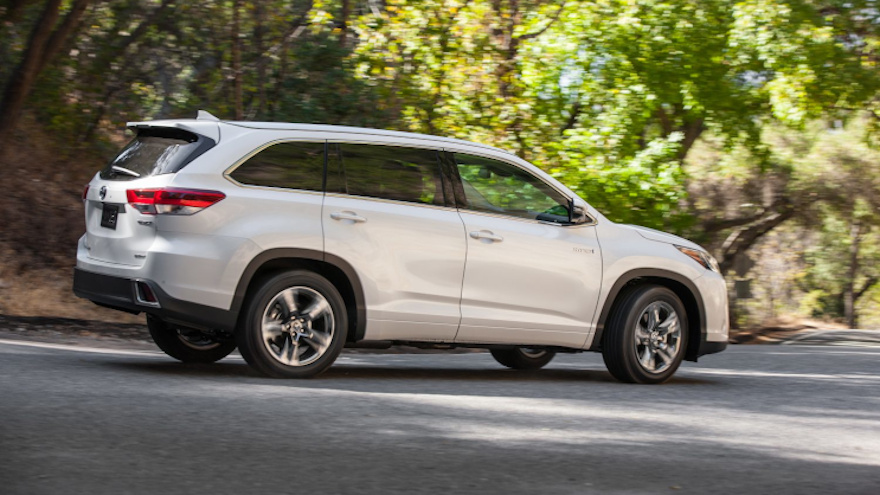 Those drivers are willing to spend extra money upfront for vehicles that are better for the environment, said Brauer, who is executive analyst for car search engine company, iSeeCars.com.

Brauer’s statement seems to be accurate if you look at the latest iSeeCars study to determine which vehicles have the most satisfied owners, and Toyota leads the way.

Five of the top 10 vehicles with the most satisfied owners are hybrid vehicles.

The non-hybrid Volkswagen Passat comes in fourth, and that automaker also came out strong in the study. iSeeCars also measured “Owner Satisfaction by Brand,” and Volkswagen came out on top, with 26.2% of cars kept by original owners. Subaru placed second, Honda placed third, and Toyota fourth.

Tesla and its ‘fervent customers’

Tesla ranked fifth, and 23.6% of its owners hold on to their vehicles for eight years, according to the study.

As is evident by the waitlists for Tesla’s new models, that automaker attracts “fervent customers,” Brauer said.

“Tesla’s sustained high demand is a testament to the innovative nature of its vehicles and its ability to excite customers,” Brauer said.

For iSeeCars, Tesla is an important part of the discussion on owner satisfaction. The study included a separate section on “Tesla Model S Owner Loyalty” and showed that the original owner was much more likely to keep the Tesla Model S vehicles from the model years examined when compared to similar luxury vehicles or the Nissan LEAF EV.

“The 2012-2013 model years marked when the Tesla Model S was first introduced, so these owners were early adopters who took a chance on Tesla before the quality of the cars was established,” Brauer said.

iSeeCars discussed the 2012-1013 model year Tesla Model S, noting that 23.6% of the vehicles are still with their original owners. That is 1.4 times the overall average, according to iSeeCars. Brauer noted that because of their “high price point,” large luxury sedans are often leased. Another reason for that is owners do not plan on keeping the vehicles for more than a few years.

“The Tesla Model S remains current thanks to its over-the-air software updates, which appeal to its tech-loving consumer base while prolonging their satisfaction with the vehicle,” Brauer said.

In addition to the top three vehicles for owner satisfaction being Toyota hybrids, two additional Toyota hybrids are in the top 10: the Lexus ES 300h in eighth place, and the Prius in tenth.

“Toyota put hybrids on the map with the Prius in the early 2000s, paving the way for hybrid versions of its popular SUVs and sedans over the last decade,” Brauer said.

A non-hybrid Toyota model, the Land Cruiser, also makes the list, and Brauer described that vehicle as “iconic and indestructible.” Although that vehicle has not seen a redesign since the 2008 model year, owners are loyal to them, Brauer said.

Two Volkswagens make the list: the fourth-ranked Passat and the sixth-ranked Golf.

“The midsize Volkswagen Passat was completely redesigned for the 2012 model year and is a popular family-friendly sedan,” Brauer said. “The Volkswagen Golf hatchback has enjoyed enduring popularity thanks to its versatility as a practical, yet fun-to-drive vehicle.”

Brauer discussed the seventh-ranked, standard all-wheel-drive Subaru Outback, stating that it offers the practicality of a station wagon along with “the all-weather confidence and functionality of an SUV.”

“Additionally, Subaru has been steadily growing in popularity and attracts specific consumers with a passion for the brand’s value and capabilities,” Brauer said.

The Honda CR-V, which Brauer describes as “a safe and reliable small SUV with above-average fuel economy and robust cargo space for its class,” came in at No. 9 on the satisfaction list.

“Its ownership costs are also thousands below average for the small SUV class,” Brauer said.

But the dominance of hybrids seemed to be most notable to iSeeCars regarding its owner satisfaction study.

“The cars that are kept for eight years or more tend to be hybrids or reliable vehicles with below-average ownership costs,” Brauer said.

He continued, “Consumers considering their first hybrid purchase should gain confidence in the above-average loyalty and owner satisfaction these models have inspired in previous hybrid buyers.”