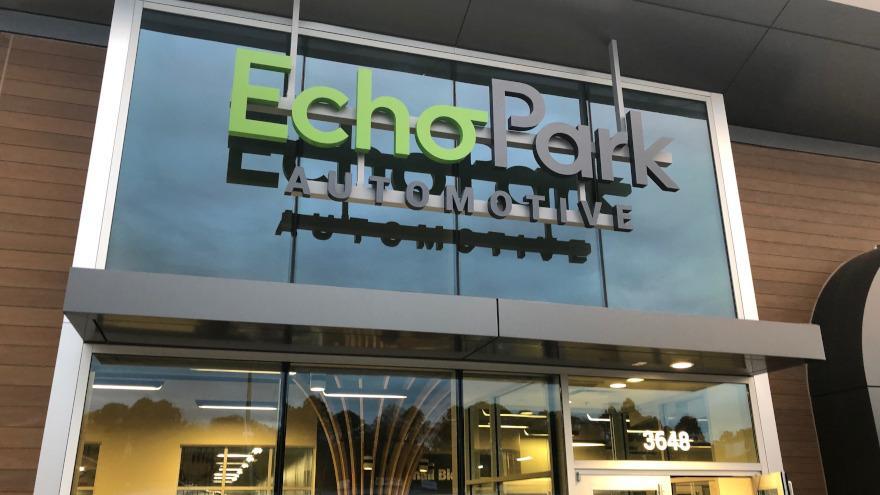 In what the company’s chief executive called a “critical part” of a strategy to expand its standalone used-car store program, Sonic Automotive announced Tuesday that it has opened a second EchoPark Automotive store in Houston.

This is Sonic’s 11th EchoPark retail hub, its fifth in Texas and is part of the retailer’s plan to grow its used-car stores.

Starting in 2021, Sonic plans to add 25 EchoPark stores annually for the next five years.

“The opening of this new Houston location is a critical part of our overall EchoPark expansion strategy,” Sonic and EchoPark CEO David Smith said in a news release.

“This store will not only serve the local community, but it will also enhance our growing nationwide distribution network,” Smith said. “This store opening reflects EchoPark’s continued rapid growth and is another step toward achieving our goal of $14 billion in annual EchoPark revenues by 2025.”

Sonic’s existing EchoPark store in Houston is located at 8477 North Freeway. The second store is located at 10050 Southwest Freeway on the southwest side of the city.

Sonic and EchoPark president Jeff Dyke, who is from Houston, said in the release: “As we strategically expand our EchoPark footprint, opening a second location in my hometown of Houston is particularly exciting.

“By repurposing an existing Sonic facility, we already owned on Southwest Freeway and leveraging our existing EchoPark store in north Houston, we have quickly increased our Houston brand presence and market share with minimal capital expenditures,” Dyke said.

“Further, we are very proud to add 41 full-time positions with this expansion, bringing EchoPark’s total count in the city to over 120 jobs. We look forward to continuing to be a part of the Houston community as we grow the EchoPark brand presence,” he said.

“As customer demand continues to increase, each new market we enter will allow EchoPark to grow its overall market share by offering guests best-in-class price, quality, and convenience in their pre-owned vehicle purchase, which are the cornerstones of the EchoPark brand,” Smith said.