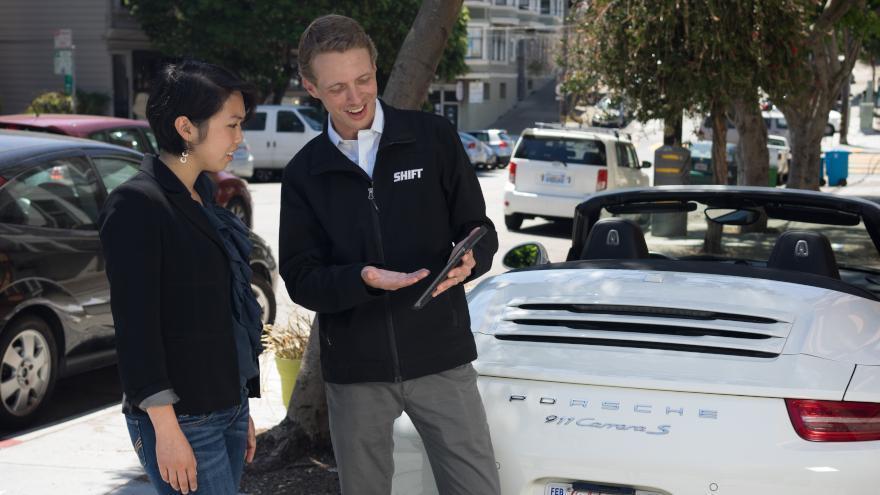 A former leader with AutoNation and Sonic Automotive has joined Shift as its chief revenue officer, a newly created position at the used-car ecommerce company.

Named to the post is Mark McCollum, who most recently was founder and chief executive officer at auto retail software company Automotive IntelliQuence.

Shift, which is on its way to going public through a business combination with special purpose acquisition company Insurance Acquisition Corp. (which is publicly traded), also recently hired a chief financial officer, Cindy Hanford.

In a news release Wednesday announcing the CRO appointment, Shift co-founder and co-chief executive Toby Russell said, “Shift has built out a strong management team whose unparalleled technology expertise has provided us an edge in building a differentiated consumer offering. With the addition of Mark, we’re now adding to that mix veteran automotive retail expertise.

“He possesses a unique understanding of the rapidly evolving auto retail industry along with a strong entrepreneurial spirit and auto-tech experience,” Russell said. “It’s a rare combination, and his leadership will be critically valuable as Shift enters the public market and is poised for significant growth.”

McCollum’s prior roles also include time as market president at AutoNation and as a general manager at Sonic, among other auto retailers.

“As someone who has spent his entire career in this industry, I see a unique opportunity at hand for Shift to be transformative in the industry, and believe the company is positioned for tremendous growth,” said McCollum. “This is an exciting time to join Shift, and I look forward to helping the company fulfill its potential and achieve great success.”

Earlir this month, Shift announced it had added three new members to its planned public-company board of directors following the approval and completion of its pending merger with Insurance Acquisition Corp.

Shift said all three of the new directors are former executives of global consumer companies. Those companies include General Motors, Wealthfront and Hilton.

The three new directors are Victoria McInnis, Kellyn Kenny, and Adam Nash. Nash became a director in May.

Those new directors will join Shift’s existing directors Emily Melton, Manish Patel, and Jason Krikorian, along with Shift’s co-chief executive officers Russell and George Arison on the board.

The vehicle ecommerce platform announced that the registration statement on Form S-4 filed by Insurance Acquisition Corp., to the previously announced business combination with Shift has been declared effective by the U.S. Securities and Exchange Commission.