Shift adds new directors at a ‘critical time’ in its growth

Shift Technologies has added three new members to its planned public-company board of directors following the approval and completion of its pending merger with Insurance Acquisition Corp.

Shift, an online used car marketplace, said all three of the new directors are former executives of global consumer companies. Those companies include General Motors, Wealthfront and Hilton.

The three new directors are Victoria McInnis, Kellyn Kenny, and Adam Nash. Nash became a director in May.

Those new directors will join Shift’s existing directors Emily Melton, Manish Patel, and Jason Krikorian, along with Shift’s co-chief executive officers Toby Russell and George Arison on the board.

“The addition of Victoria, Adam, and Kellyn is a huge win for Shift as each brings enormous talent, intelligence and breadth of experience at a critical time in our growth,” Arison said in a news release.

Arison continued, “We are particularly excited to continue to build a strong, diverse, and balanced board once we are a public company and leverage the huge market opportunity created by consumers’ growing preference for online car buying.” 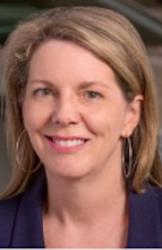 McInnis is a long-time automotive industry senior executive with more than 20 years of leadership and broad operational roles at General Motors.

Shift said McInnis “earned a reputation as a change leader and champion of women’s professional growth.” Her financial experience includes time as vice president of internal audit and chief tax officer at GM. She has also served as audit chair for VectoIQ, the special purpose acquisition company that recently merged with zero-emissions truck company Nikola.

Nash is a chief executive officer and product leader, investor, and speaker, and Shift described him as “a recognized visionary in the development of products that delight consumers.”

Nash previously served as chief executive officer and chief operating officer of Wealthfront. At that company, he helped lead the creation of a new category of automated investment services, growing assets under management from less than $100 million to more than $4 billion.

He also served as vice president of product at Dropbox, leading the teams responsible for strategy and management of products that served more than 600 million users.

As vice president of product at LinkedIn, Nash was responsible for user experience, growth, search, and mobile.

Shift described Kenny as a “transformational marketing leader with a reputation for accelerating growth inside some of the world’s most iconic consumer brands.” Those brands include Hilton, Microsoft, Uber, and automotive lender Capital One.

She most recently served as global chief marketing officer for Hilton Worldwide. In that post, her teams worked across 18 trading brands and 120 countries. More than 100 million loyalty members led to Hilton’s largest annual growth on record, according to Shift.

Kenny has expertise in “hyper-local marketplace advertising, the virtuous-cycle of building a loyal customer base, and the network effects of scaled regional and national expansion,” according to Shift. She focuses strongly on workplace culture, diversity, inclusion, and belonging. Kenny was also a member of Hilton’s senior leadership group during 2018 and 2019, and at that time, Fortune named Hilton the No. 1 Best Place to Work in the U.S.

“The addition of our new board members marks a new phase for us as a company, bringing together experienced leaders from diverse backgrounds to help lead us to further success,” Russell said.