The Reynolds and Reynolds Co., which provides automobile dealership software, services, and forms to dealerships, has promoted Tommy Barras to president and chief operations officer.

Barras will report directly to Reynolds chairman and chief executive officer Bob Brockman, and the promotion is effective immediately.

Brockman noted Barras’ more than 40 years in the industry and with the company. Barras joined the company in 1976.

Brockman stated in a news release that Barras “understands in amazing detail the core strengths of our software and products, and how both fit into a dealership’s operations as a retailer.”

“Tommy has been involved in developing virtually every major software and product initiative across the company, and his product achievements have been an important key to our success,” Brockman said. 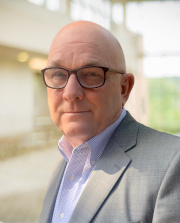 According to a leadership profile on the company’s website, he has managed every aspect of the company’s software, technology, and product development organizations. Barras also has led hardware R&D, networking, and internal IT functions. That includes building the Reynolds Data Center at Research Park in Dayton, Ohio.

“I look forward to working even more closely with Tommy in his new role as we continue our focus on building software and services that deliver more sales and gross profit to dealers,” Brockman said. “That is who we are.”