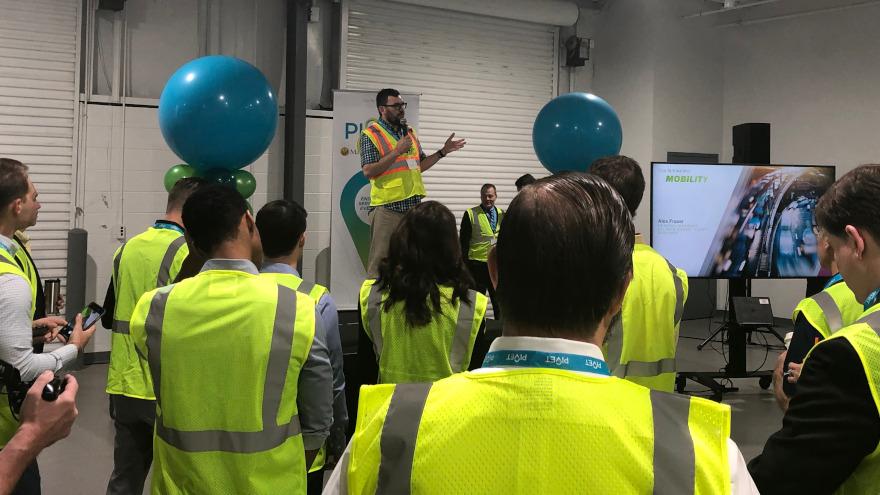 Pivet, which is part of Cox Automotive Mobility Group, recently partnered with Georgia Power and ChargePoint — a provider of electric vehicle charging networks — for a project that the parent company says was one of the Southeast’s largest EV charging single property installations.

“The electric vehicle powertrain will be central in tomorrow’s ACES (Autonomous, Connected, Electric and Shared) future and the anticipated growth of high-utilization commercial fleets,” said Alex Fraser, who is AVP of Pivet at Cox Automotive Mobility, in a news release.

“Thanks to partners like Georgia Power, ChargePoint and the City of Atlanta, we’re building the infrastructure necessary to power the electrified fleet future, which has been a key focus area for our team since opening Pivet Atlanta last year,” Fraser said.

The installation’s design and build, delivered by Georgia Power’s Utility Services, is largely meant for fleet electrification. Included in that would be the Lyft Express Drive program operating out of Pivet Atlanta as well as other fleets and OEMs in the area needing a charging solution.

ChargePoint manufactured the charging stations, which are set up on a time-of-use rate to enable lower fueling costs at off-peak times.

“Cox Automotive is a leading and collaborative voice in Atlanta for electric vehicle deployment and charging,” said Tim Echols, vice-chairman of the Georgia Public Service Commission, in a news release. “They are investing millions of dollars to make the vehicles work for commuters, rideshare and fleet customers.”

Added Darren Epps, who is electric transportation manager at Georgia Power: “Georgia Power and Cox Automotive share a common goal in helping customers realize the financial and environmental benefits of fleet vehicle electrification. The charging installation at Pivet Atlanta will serve as an educational tool as it supports the transition of fleets to cost-effective, zero-emission electric vehicles.”

More details on the Georgia Power EV infrastructure build at the Pivet Atlanta site can be found here.