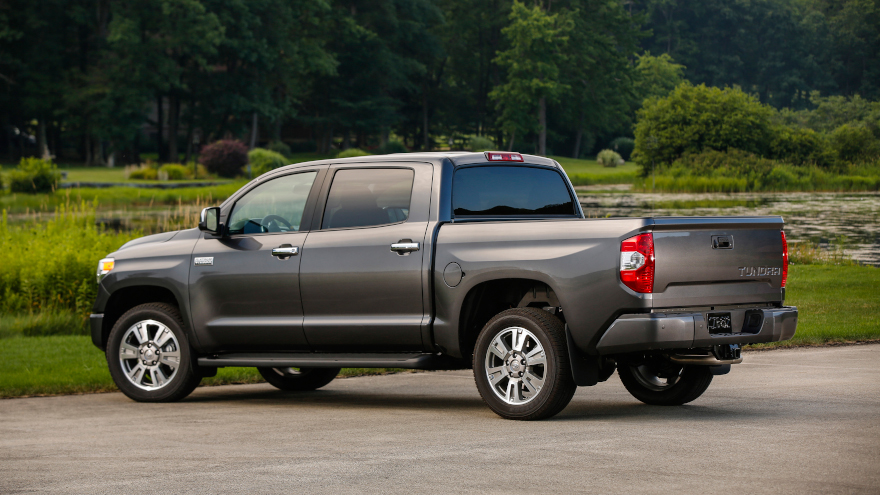 When it comes to the pre-owned vehicles that are retaining their values the best, the pickup truck segment is leading the pack these days.

Or as the lead analyst from Edmunds puts it, used pickups are having a “moment in the spotlight.”

An analysis the company conducted in July examined all 2017 model-year trade-ins for the month and weighed the trade-in prices for those vehicles against their average original MSRP.

What Edmunds found was that of the 10 vehicles from model-year 2017 that retained the most value after three years, seven were pickup trucks.

That includes the Toyota Tacoma, which topped the list with an average value retention of 75%. The Ford F-350 Super Duty was second at 74%.

“Trucks have been an increasingly popular choice for new-car shoppers during the pandemic, but because of the factory shutdowns, new inventory hasn’t been able to keep up with demand,” said Jessica Caldwell, Edmunds’ executive director of insights, in a news release.

“Used trucks are now getting their moment in the spotlight and enjoying a period of particularly high value as more shoppers flock to the used market,” she said. “If you’ve been thinking about selling the truck in your driveway, now is the time to do it.”

Beyond the Tacoma and F-350, two other pickups cracked the top five and were among those with 3-year retention of at least 70%: the Toyota Tundra (tied for third with the Jeep Wrangler with 71% retention) and the Ford F-250 Super Duty, which was fifth at 70%.

By truck segment, the leader for heavy-duty trucks was the F-350 Super Duty (74% retention), while the Tundra lead for large trucks (71%) and the midsize leader was the Tacoma (75%).

And the respective leaders of other segments had 3-year-old retention values north of 60%.

No. 1 for midsize SUVs was the Wrangler (71%), and for compact cars it was the Toyota Prius (61%). Topping the compact SUVs was the Honda CR-V (64%), while the best-retaining sports car was the Dodge Challenger (63%).

“The trade-in values we’re seeing for 3-year-old vehicles certainly dispel the myth of cars losing half their value the moment you drive them off the lot,” said Ivan Drury, Edmunds’ senior manager of insights, in a release.

“With such high demand for used vehicles, this gives many current vehicle owners the opportunity to either upgrade their current vehicle by taking advantage of this greater equity or sell their vehicle outright and have extra cash on hand,” he said.