New leaders, including COO, part of TrueCar’s next phase of growth 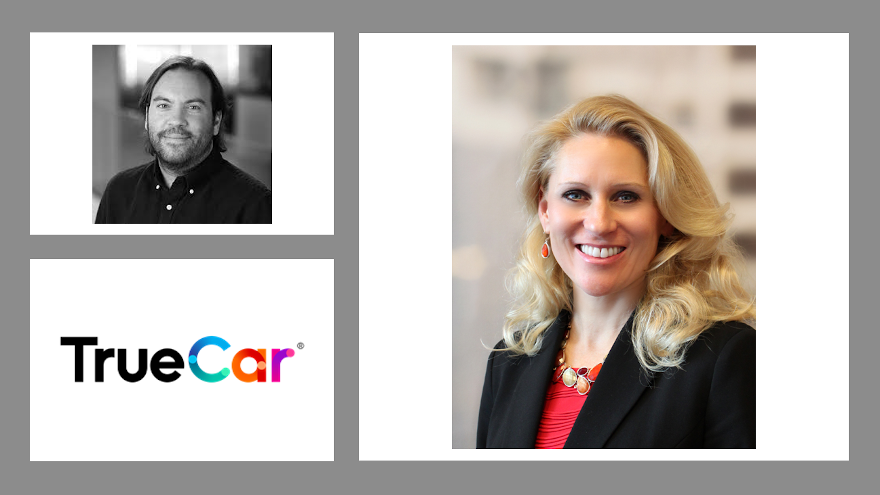 Saying the moves were part of its strategic restructuring and to support its next phase of growth, TrueCar made three addiitons to its executive leadership team. The company also added a new member to its board of directors.

The moves included a newly created chief operating officer role, along with an appointment for the company’s first chief consumer officer.

Filling those two roles are automotive technology veteran Kristin Slanina, who joins TrueCar as COO; and Beth Mach, who joins the executive team as CCO.

“The addition of Kristin and Beth to TrueCar and our management team is another milestone in TrueCar’s next phase of business transformation and growth driven by our commitment to delivering an exceptional and complete consumer experience in automotive retail,” TrueCar president and chief executive officer Mike Darrow said in a news release.

Darrow continued, “These leaders will build upon the trust and core value proposition that draws consumers to TrueCar today through innovative and differentiated new solutions that attract more consumers to our marketplace and deliver more value to our partners.”

Other announced moves include the promotion of engineering lead Elias Rokos to chief technology officer and the addition of former KPMG audit partner, Barbara Carbone, to TrueCar’s board of directors. Slanina, Mach and Rokos will report to Darrow.

As for Slanina, her responsibilities as COO will focus on business value and growth around TrueCar’s strategic partnerships with retailers, OEMs and other business-to-business partners. TrueCar described her as “an engineer by trade” who was most recently chief transformation officer with Thirdware. In that post, she oversaw the implementation of emerging technologies. She bring more than 20 years of experience with automakers Ford and FCA.

“Automotive retail is experiencing a transformational moment, and TrueCar is well positioned to leverage its rich data, advanced technology and strategic partnerships to deliver a powerful and differentiated marketplace experience,” Slanina said. “I’m thrilled to be joining TrueCar at this pivotal time.”

Regarding Mach, her responsibilities for TrueCar will include driving innovation and growth around consumer value. Her more than 20 years of experience includes leadership of media planning, buying, and strategy for Fortune 500 companies worldwide. She has served additional leadership roles at global digital agencies such as Starcom, Mindshare and Dentsu.

“TrueCar was an early innovator in evolving the car buying experience,” Mach said.

Mach continued, “Consumers want convenience, flexibility and more digital options in their retail experience than ever before, and automotive is no different. I’m excited to help TrueCar continue its legacy of innovation and attract more car buyers through consumer value.”

Since joining TrueCar in 2011, Rokos has led engineering in roles such as vice president of architecture and senior vice president of technology. At TrueCar, the company says his leadership of several major technology initiatives helped “scale the business and unlock innovation.” Before joining TrueCar, he was a senior engineer at Mahalo, a search engine and knowledge exchange platform backed by Sequoia Capital.

Carbone joined TrueCar’s board of directors in August and is a retired audit partner. For more than 30 years, she served in accounting- and auditing-related roles at KPMG LLP, a multinational accounting and advisory firm. She currently serves on the KPMG Retired Partners Council. From September 1998 through December 2019, she served as a member of the board of directors and chair of the audit committee of the Women’s Business Enterprise National Council. The council is a certifier of women-owned U.S. businesses and is an advocate for women business owners and entrepreneurs.

Regarding Rokos, Darrow said, “Our all-new cutting edge technology that powers the TrueCar marketplace is a key ingredient in our success, and with Elias’ leadership, we will continue to foster a high-performance engineering culture.”

About Carbone, Darrow said her knowledge of finance, workforce management and mergers and acquisitions is an asset toward providing counsel and oversight to TrueCar as the company focuses on growth “by executing on our vision of building the industry’s most personalized end-to-end car buying experience.”

In other TrueCar news, the company said it has started a new affinity partnership with Military AutoSource, a vehicle buying program exclusively for the U.S. military community.

For more than 13 years, TrueCar has serviced military members through affinity car buying partnerships with various military service organizations. Its recently launched TrueCar Military dedicated vehicle purchase program provides military incentives and exclusive benefits, in addition to TrueCar’s existing benefits, to those who have served in the armed forces and their families.

TrueCar is extending its Military Appreciation Package to validated members of the U.S. military and their families using the new TrueCar powered Military AutoSource Car Buying Service. The service is expected to launch in the next few months. Benefits include the ability to get $500 to $4,000 bonus cash from select manufacturers, up to $4,000 worth of benefits for repair and auto deductible reimbursement, dedicated military customer service hotline, and dealer discounts on new and used vehicles.

“We’re thrilled to be working with TrueCar to expand our program and provide the stateside military community with a premier car buying service that aligns with the Military AutoSource mission and heritage,” said Military Sales Corp. (dba Military AutoSource) chairman and chief executive officer David Goldring.

Goldring continued, “After six decades spent serving our armed forces around the globe, we have a deep appreciation and respect for the military community. TrueCar shares our passion and commitment to providing them with the service and value they deserve.”

Military AutoSource will also work with its military and OEM partners to deliver member support and unique event experiences it has developed overseas to bases and surrounding communities in the U.S. to bring awareness of the new program.