New GMs start at ‘a critical point in Manheim’s history’

Manheim has named four new general managers at locations and market centers across the country, stating it was making those moves at a time “when leadership is crucial.”

The moves take place in Florida, Minnesota and Cincinnati, and Manheim said in a news release that the leaders were starting in their new positions “as clients, and team members look to strong leaders to help navigate their businesses and the challenges that lie ahead.”

One of the new general managers is for the Minnesota Market Center, which includes Manheim Minneapolis and Manheim Northstar Minnesota. That manager is Butch Herdegen III., and Manheim describes him as “a change leader.”

Herdegen started his Manheim career in 2009 as a dealer services manager. He went on to become general manager for Go Auto Exchange in 2014. Herdegen returned to Manheim in 2016, serving as general manager of the Manheim Daytona-Jacksonville Market Center. Manheim said he has led the team to steadily increased revenue.

Joey Satfield is now general manager for the Manheim Daytona-Jacksonville Market Center. Since starting his Manheim career in 2013 as a field services representative, the company said Satfield has become a strategic leader with relationship-building abilities. 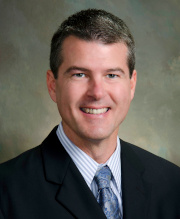 Satfield took on leadership positions including dealer sales management and assistant general manager at Manheim Kansas City before 2017, when he began serving in his previous role as Manheim Ft. Myers general manager. Manheim says Satfield improves the client experience through his ability to drive performance and increase business.

Manheim also promoted Syndiee Volentine to general manager at Manheim Fort Myers. Starting her Manheim career in 1998 as a controller, Volentine was promoted to market controller in 2011. In that post, she was responsible for two markets with five Manheim locations.

Volentine was appointed assistant general manager at Manheim Nevada in 2015, and in that post she led the development and rollout of various reconditioning services. She also served as the site’s Lean Daily Management champion and served on the Actively Care Today collaboration team to boost safety at Manheim locations.

Melissa Roach, who was Manheim Cincinnati’s auction manager, has been promoted to general manager at that location. Roach in the new position will continue boosting efficiencies and team member engagement, work with clients to increase service levels and develop a retail reconditioning strategy.

Joining Manheim in 1994 in Manheim Pittsburgh’s marketing department, she was appointed dealer services manager in 2001. In that role, she managed various client-facing departments. She was promoted to assistant general manager at Manheim Detroit before starting in the Manheim Cincinnati auction manager role in 2019.

“We appreciate their willingness to step into these key roles and provide solid leadership and guidance to our team members and clients,” Brennan said.