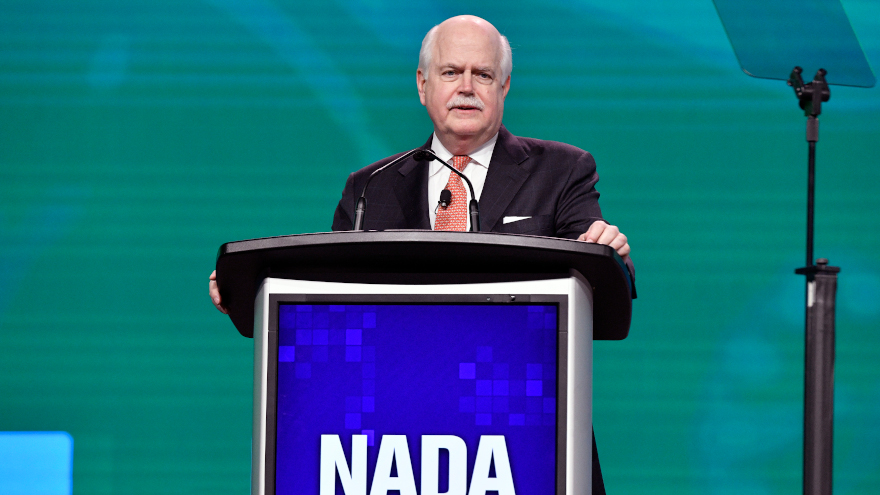 After what will have been eight years at the helm, National Automobile Dealers Association president and chief executive Peter Welch will retire at the end of the year, NADA announced Wednesday.

The NADA Board of Directors appointed Welch to the post in January 2013 to replace Phillip Brady, its president from 2001-2012.

With Welch retiring, NADA will now undertake its succession plan. Part of that will be appointing a search committee led by an NADA director. International search firm Spencer Stuart will oversee the transition, as it did for NADA’s prior CEO selection process eight years ago.

“I’ve had the distinct privilege of serving associations comprised of franchised new-car and truck dealers for 30 years, and it’s time for me to get ready for my proverbial ride into the sunset,” Welch said.

“We have accomplished so much on behalf of our nation’s franchised auto dealers,” he said. “And for the next eight months, I will be focused entirely on helping dealers get through the pandemic and unprecedented economic downturn, and assisting the NADA Board in its selection of my successor.”

Before his time as NADA’s chief, Welch was president and CEO of the California New Car Dealers Association for a decade, following time as that organization’s director of government and legal affairs from 1990 to 2003.

Welch was a partner at a Los Angeles-based law firm before joining CNCDA.

“Organizations like NADA are at their best when times are toughest, and right now we’re at our best because of Peter Welch,” said NADA chairman Rhett Ricart. “Peter is certainly not leaving easy shoes to fill, but the organization he has built and the team he has assembled at NADA have made us fully prepared to tackle any challenge no matter how great, including the one we’re in right now. As we begin the process of finding Peter’s replacement, I take great comfort in the assurance Peter has given us that he will be with us every step of the way.”