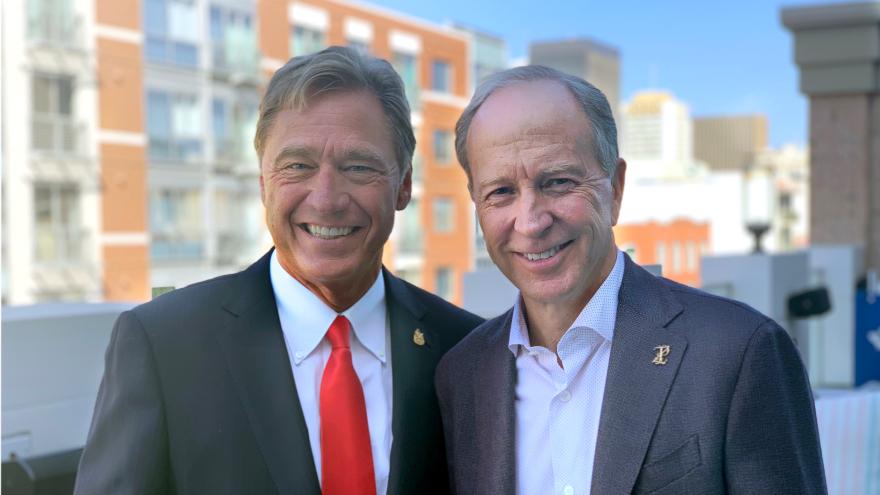 The National Automobile Dealers Association has determined its leadership for the upcoming term, as its board of directors elected Minnesota dealer and current vice chairman Paul Walser to be the chairman for 2021.

Walser, who will succeed 2020 chairman Rhett Ricart, said in a news release from the association: “I’m humbled by the continued confidence of my fellow dealers.

“I promise to do the very, very best I can, and I will be looking for a lot of hand-raisers, because this will be a team effort all the way.”

Walser represents Minnesota dealers on NADA’s board of directors.

Alford, meanwhile is the president of Marine Chevrolet Cadillac in Jacksonville, N.C. and is the current chair of NADA’s Regulatory Affairs Committee.

He also represents North Carolina dealers on NADA’s board.

“I am honored and excited to serve as NADA’s Vice Chair in the coming year,” Alford said in a news release. “I look forward to working with Chairman-elect Paul Walser, my fellow directors and the entire NADA team.

“I am grateful to be entrusted with this role and assure you that I will work tirelessly to advocate on behalf of the entire dealer body.”

Alford was the chairman of the North Carolina Automobile Dealers Association board of directors in 2016-2017, NCADA said in a news release.  He is also a prior winner of the Time Ally Dealer of the Year Award.

In a news release from NCADA, David Westcott, North Carolina’s most recent NADA chairman (2013), said: “Congratulations to Mike for being the seventh NADA director from North Carolina to be elected to take the leadership helm of NADA.

NADA’s board held the election at its virtual meeting Tuesday. The association also elected Florida dealer Tom Castriota as its secretary and Washington state dealer Gary Gilchrist as its treasurer.

This continues a busy week of news from the association.

NADA said Tuesday that succeeding Peter Welch as its president and chief executive officer on Jan. 1 will be Mike Stanton, who has been the organization’s chief operating officer since 2018.

Welch, who has been NADA’s president and CEO since 2013, had announced his upcoming retirement in May. He will remain in the leadership post for rest of the year.