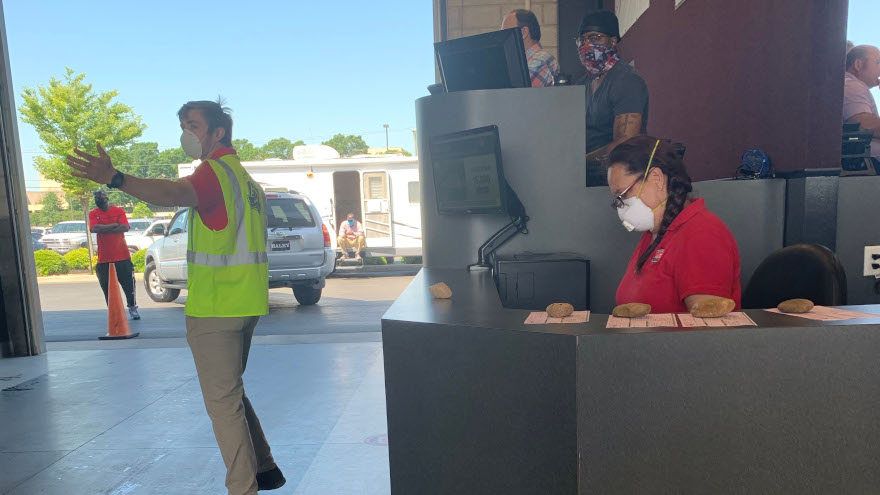 The first half of 2020 has been mired with challenges in the wholesale car market, but one particularly positive trend has emerged at the tail end of the of second quarter.

Auction sales volume have made a strong comeback and are now at or above year-ago figures, according to industry analyses.

In its weekly COVID-19 Market Update released Tuesday, Black Book said: “Despite most auctions continuing to operate under an all-digital platform, sales volume has rebounded to a level consistent with, and on some days higher, than this time last year.

“This is being driven by strong retail sales, which are then leading dealers to use auctions as their main source of inventory,” it said in the report.

And over at J.D. Power Valuation Services, their analysis found there were 108,000 auction sales last week.

In fact, sales for the week ending June 28 wound up 7% stronger than what was projected before the pandemic, the company said in an emailed note.

In Tuesday’s update, Black Book said: “Sales this past week continued to be abundant and values are still increasing, as the lack of inventory on dealer lots had them actively bidding in an effort to secure vehicles.”

Looking further into the Black Book analysis, the latest data indicates that sales rates at auctions were at 67% the week of June 16, essentially steady with the 68% rate from the prior week. Sales rates have generally moved upward since bottoming out at 15% the week of March 30.

Sales rates have been above 60% the weeks of June 2, June 9 and June 16, according to the Black Book data, putting them back to where they were in late February and early March.

“At the onset of the pandemic, as shelter-in-place orders went into effect, sales rates quickly tumbled into the teens, but rates have been climbing each week and have now stabilized into a percentage that is typical of a springtime market,” Black Book said.