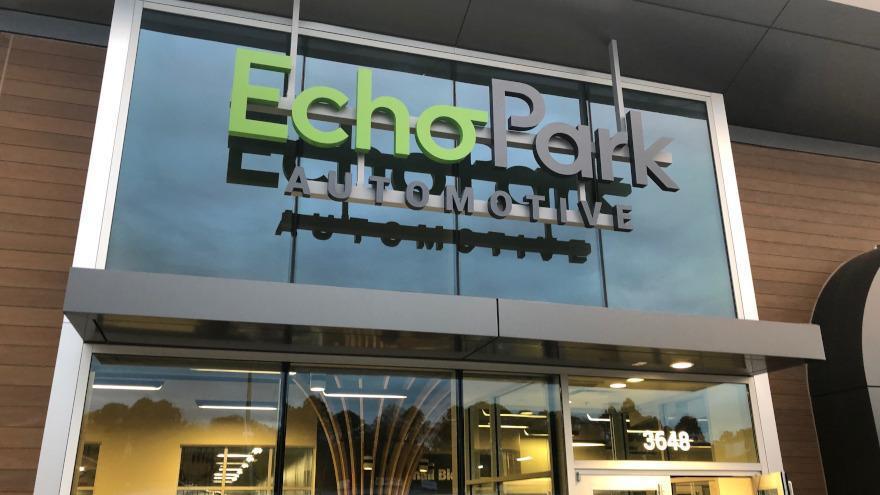 Through Sunday, month-to-date used-vehicle retail sales for franchised dealers are off 15% from pre-virus forecasts, according to J.D. Power.

But there’s actually some good news to unpack from that, including one particular retailer that anticipates being back to original expectations for used sales by July.

Here is that silver lining from J.D. Power: Not only is that aforementioned used decline much less severe than the drop in new-car sales, which are down 27%, the slowdown in used retail has eased.

“This is a stark improvement from April and evidence that the used vehicle market is in recovery,” the company said in the J.D. Power Auto Industry Impact Report released Wednesday.

“Normal retail supply is about 45 days. It was down to 41 days as of this weekend,” Smoke said. “Retail used inventories are now lower than at any point in 2019, and that’s because retail sales continue to outpace new inventory additions.”

On the wholesale side, the downturn has eased as well, with Manheim showing a 22% decline in transactions last week, he said.

The peak in the rolling seven-day wholesale supply was April 9, when it reached 149 days, Smoke said. That has since been sliced to 44 this past weekend. Twenty-three is considered normal, he said.

That’s quite an improvement over the last month-and-a-half, when you consider that during the week ending April 5, there were 18,000 wholesale auction sales, compared to the J.D. Power pre-virus forecast of 105,000 units.

In just over two months since the pandemic began, there have been 442,000 wholesale sales, J.D. Power said. That’s a 589,000-unit year-over-year decline. It’s also down 506,000 units from what the company initially forecasted before the pandemic.

While those numbers might seem staggering, things are getting better in the lanes.

And it’s not just the analytics who are expressing cautious optimism in used cars.

At Sonic Automotive, the decline in same-store used-vehicle sales at its franchised dealerships has been trimmed to less than 15% so far in May, the retailer shared in an update Tuesday, along with noting gains on the new-car side.

The slowdown in same-store pre-owned sales at its EchoPark standalone used-car stores has narrowed to 10%.

“New and used-vehicle gross profit per unit continues to be lower than the prior year, due in part to strategic pricing adjustments we made to increase sales volume,” Sonic and EchoPark president Jeff Dyke said in a news release on Tuesday.

“Fixed operations gross profit is recovering steadily, down less than 30% in May month-to-date compared to the prior-year period. Additionally, the actions we took to right-size our used-vehicle inventory levels have paid off, with a used-vehicle inventory days’ supply of 29 days at the franchised stores and 33 days at EchoPark at April 30, 2020, compared to 37 and 44 days at March 31, 2020, respectively, on a trailing one-month sales basis,” Dyke said.

“We believe that both our franchised stores and EchoPark stores are well-positioned to capitalize on inventory sourcing opportunities that may impact the pre-owned market in the near term, allowing us to drive incremental sales volume and continue to expand our EchoPark footprint.”

In slides updating its 2020 outlook, Sonic said retail used-vehicle sales at its franchised stores are expected to return to their originally forecasted levels by July and then actually exceed original forecasts for July through December.

(The company does note in the slides: “Due To Uncertainty Related To The COVID-19 Pandemic And The Resulting Economic Impact, Actual Results May Differ Materially From Management’s Forecast.”)

Sonic and EchoPark chief executive David Smith noted: “Over the past few weeks, we have continued to see increasing consumer activity in the majority of our markets, as stay-at-home orders have been gradually relaxed. Our new and used vehicle sales volume and fixed operations gross profit have performed at or above our expectations and continue to improve week by week.

“We believe the strategic actions we took at the onset of the pandemic have strengthened our business and positioned us to take advantage of opportunities in the second half of 2020 and beyond,” Smith said. “Our team remains committed to offering an exceptional sales and service experience to our guests to ensure their continued access to safe, reliable transportation as we navigate this crisis.”