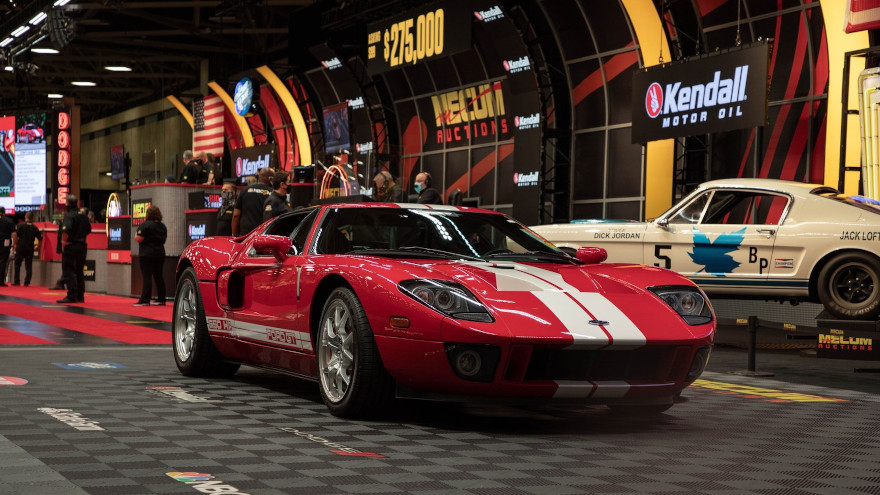 A traveling show that would rival a Rolling Stones stadium tour or the digital production power of a Super Bowl network TV crew is back out on the road and performing to adoring crowds once again.

Mecum Auctions and its supporting cast of 250 traveling road show staffers — all of whom have three assignments each during the show’s run — landed in Dallas in mid-October. This was Mecum’s fifth auction since resuming live auctions in June.

What the show organizers, spectators, and buyers and sellers of classic and exotic cars discovered in Dallas was pent-up demand at a level that wasn’t anticipated when the first of 30 semis hauling classic cars, staging equipment and digital TV production hardware arrived to begin the massive  set-up at the Kay Bailey Hutchison Convention Center in downtown Dallas. This was the first event at the convention center since mid-March.

Mecum announced Thursday that the Dallas auction sold 612 cars resulting in sales of $23.8 million and a whopping 82% sell-through rate, about 12 points higher than what is normally considered a good sell-through rate. The cars were flying off the auction block at such a rapid rate, that one Dallas-area classic car dealer, upon selling out of the inventory he brought to the auction on the first day, said he was bringing additional cars for rest of the show.

“The bidding was spirited and strong,” said one observer who attended the first two days of the auction.

This six-figure sales range reflected not only the high standard of quality among the vehicles offered, but also the high level of desirability among the buyers, according to Mecum.

“Not only is there pent-up demand out there, but there was a general feeling of the need to sell now,” Magers said after returning to Mecum’s home base in Walworth, Wisc. “People are not sure when they will get this chance again. Plus, we had great cars that were priced reasonably.”

Mecum Auctions says its staff works with the venue partners to ensure that extensive and enhanced safety procedures are deployed to keep attendees safe and for sellers and buyers to be able to conduct business at the auction.

This weekend, Mecum Auctions will be in Indianapolis at the Indianapolis State Fairgrounds, Thursday through Saturday (Oct. 29-31), auctioning 1,000 vehicles.

Following the Indy show, upcoming auctions for the rest of this year are:

Also on the schedule is Mecum’s annual big show in Kissimmee, Fla., Jan. 7-17 with 3,500 vehicles at Osceloa Heritage Park.

Jack Ferry is a freelance writer based in Virginia and former auto finance industry communications executive.