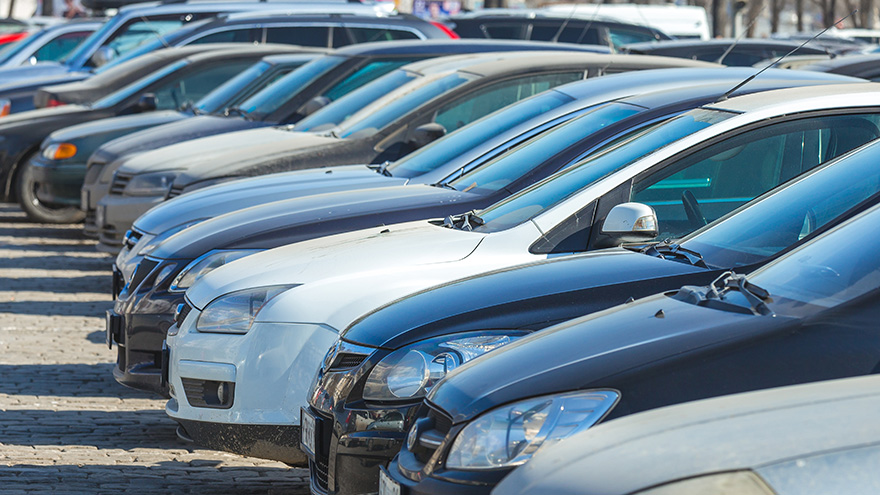 Both Black Book and J.D. Power Valuation Services are reporting that wholesale prices are continuing to soften after the profound rebound they made this summer following the initial onset of the pandemic.

However, both firms are seeing wholesale volume still being soft in the auction lanes as we get deeper into autumn.

Analysts also noted that sales for the week were approximately 19% lower than what’s typically recorded for the period.

“Rental companies held back some units to cover Hurricane-related rentals,” analysts said in the report. “Repossessions are slow to hit the market as the process slowed down significantly compared to pre-COVID days.

“Dealers are reporting that they are starting to send more unwanted units to auctions. This is great news as auctions have been low on available volume after the strong sales that were experienced over the summer months,” Black Book continued.

As far as values go, Black Book’s volume-weighted data showed that overall car segment values decreased 0.59% last week; not quite to the level analysts spotted a week earlier when they noticed car values declining by 0.92%.

Black Book indicated that subcompact cars had the largest decline for a second week in a row, exceeding 1%.

“Premium sporty cars with their low volume continue to retain their value well and experienced stability in pricing for a fourth week in a row,” analysts added.

On the truck side, Black Book’s volume-weighted information indicated that values in the overall truck segment (including pickups, SUVs and vans) declined by 0.35% last week, nearly mirroring the exact decrease recorded a week earlier of 0.34%.

The smaller crossover segments — subcompact and compact — had another week of large declines, dropping by 0.74% and 0.68%, respectively. But Black Book mentioned the depreciation drops for minivans and compact vans were even more significant as each segment retreated by more than 0.80%.

“Despite a slowing used market, wholesale prices remain strong,” analysts said in their update. “Prices are expected to continue to move lower through October and into November as pent-up demand has been satisfied and pandemic-related macro-economic headwinds increase.

“By year’s end, prices are expected to be greater than pre-virus levels,” they continued. “It is important to note, however, that while the outlook is relatively optimistic, there remains a great deal of uncertainty surrounding the effect of new virus outbreaks, the potential for another round of federal stimulus, overall employment conditions.

“Given these unknowns, a heightened degree of market volatility should be expected,” J.D. Power Valuation Services added.