Hyundai helps travelers on the road to personal growth, adventure 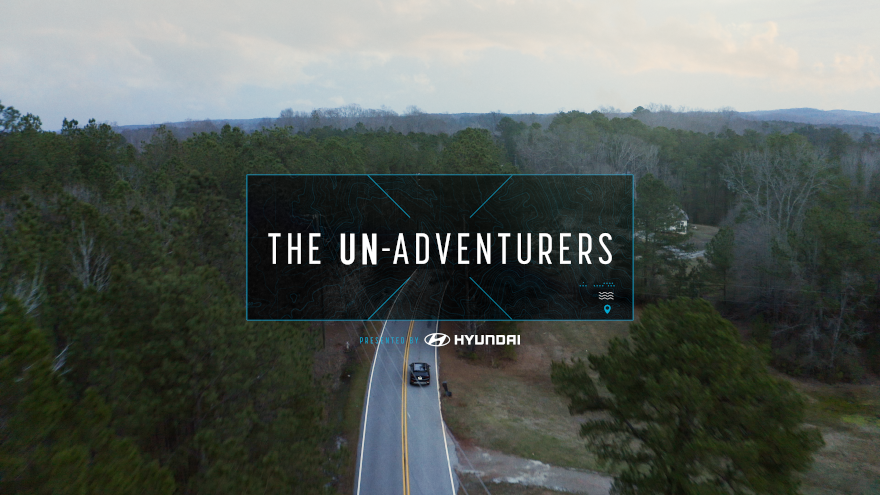 “The Un-Adventurers” is a television series celebrating real people who leave their home state for the first time ever to embark on “journeys they’ve always dreamed of.”

Creation of the four-part long-form television series took place through a partnership between Hyundai Motor America and Tastemade, which is a media company serving viewers on all major digital, mobile and streaming television platforms. The company creates video content and original programming in the categories of food, travel, and home & design.

In the series, which will debut on June 3 across Tastemade’s streaming network, the host of the show drives participants “on the road to personal growth and adventure” with a road trip in one of Hyundai’s SUVs, including the Santa Fe, Tucson, Kona, and flagship Palisade.

“The Un-Adventurers” was developed in collaboration with Hyundai’s advertising agency, INNOCEAN USA, and its media agency, Canvas Worldwide.

“The Un-Adventurers” features stories about characters such as Porsha, a single mom from Douglasville, Ga.

Porsha cleans planes for a living, but she has never traveled by plane herself.

Viewers of the first episode will see her journey from her hometown to Florida. Once there, she dips her feet into the ocean for the first time.

Father and aspiring stand-up comedian, Jay, is the subject of the second episode, and he builds up the nerve to get out of his state and then perform comedy in front of a live audience, including his family.

Tastemade and Hyundai Motor America say more than 35 million Americans have never left the state where they were born. So Hyundai went on a mission to take some of them across state lines for the first time.

The company said it did that to show the subjects the power of travel and discovery beyond their comfort zone.

Each participant has faced personal challenges that made travel unachievable. A friend or family member nominates the participant to finally receive “an opportunity for self-discovery and exploration.”

Commentator and producer, Selema “Sal” Masekela hosts the show, and each episode will feature the subject’s personal stories and explore why he or she has never left his or her hometown or state.

Masekela will then drive them on that “road to personal growth and adventure” in a Hyundai SUV.

“We are always thinking about our drivers and the different types of journeys they are taking in a Hyundai, from the daily work commute to life-changing adventures,” Hyundai Motor America chief marketing officer Angela Zepeda said in a news release.

Zepeda continued, “While some travel road trips may be on pause given our current situation, we are excited to partner with Tastemade to connect viewers to the personal and emotional journeys of these ‘Un-Adventurers,’ and to showcase the power of the automobile in experiencing what the world has to offer.

This is the second collaboration between Hyundai and Tastemade. As part of Hyundai’s broader college football marketing campaign, the two companies joined to produce three seasons of “The Grill Iron” in 2014, 2015, and 2016.

“The Un-Adventurers” series will air across Tastemade’s streaming network. The network is available on platforms such as YouTube TV, Samsung TV Plus, VIZIO SmartCast TVs, The Roku Channel, and Comcast Xfinity X1. The first episode will debut on June 3 and the second on June 10.

The final two episodes will feature two additional “un-adventurers” who have been chosen. Those episodes will be shot and completed once conditions are deemed safe.

“We’re excited to be partnering with like-minded innovators such as Hyundai and INNOCEAN on this remarkable series that allows us all to take a detour from our daily routines and into a world of discovery,” said Tastemade head of sales and brand partnerships Jeff Imberman.

Imberman continued, “During this unprecedented time, the Tastemade audience is looking for unique ways to stay engaged, and The Un-Adventurers offers viewers the chance to virtually transport to various cities nationwide while establishing an emotional connection with our featured individuals.”

“We came across the surprising statistic that 35 million people have never left the state they were born in,” said INNOCEAN USA executive creative director Barney Goldberg.

Goldberg continued, “And then (we) thought who better than Hyundai to take them across state lines for the first time to show them the power of travel.”

“When we were initially approached with this adventure series, we knew it required just the right partner to bring the idea to life with an inspirational twist,” said Canvas Worldwide vice president, group director of brand strategy Jason Croddy.

Croddy continued, “With a proven track record of compelling storytelling, Tastemade was the ideal platform for the series given their unique strength in the streaming space, their ability to share stories across different media channels and platforms, and being a trusted voice amongst millennial audiences.”