SureSale describes Rose as a “veteran automotive product innovator,” and the company’s co-founder and president Jeffrey Schwartz said in a news release that Rose has been “on the digital frontlines since the first vehicle image was posted on a website.”

“No one knows or understands the automotive digital space — and the intricate relationship between consumer, auto dealer and OEM — better than Michael Rose,” Schwartz said.

Rose will work to help the company further tap into the used-vehicle market.

That will involve expanding the company’s proprietary vehicle quality standard platform, its distribution into U.S. franchise and independent dealerships, and its partnerships with automotive brands, product providers and indirect lenders.

Rose’s automotive career began “at the dawn of the internet,” as director of OEM and portal products at AutoWeb, according to SureSale. 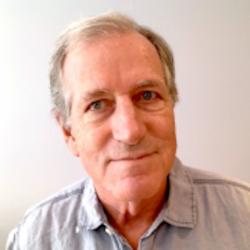 SureSale said that through Rose’s consulting firm, his understanding of digital automotive, operations, and lead generation has helped companies understand the space they are operating in and to make necessary connections, analysis, and decisions to enter or expand in a market.

Schwartz said that from Rose’s time at Autobytel and Google to the present, he has been “ahead of the curve” in auto product development.

“Michael’s expertise will be key to our mission of creating the global quality standard by which used vehicles are measured at the point of sale,” Schwartz said.

SureSale says its inspection program and technology for independent and franchise dealers allows dealers to “validate the quality of more of their used-vehicle inventory.”

“I could not be more impressed with the SureSale team and the innovative way they are addressing a huge gap in the automotive landscape,” Rose said.

Rose continued, “The SureSale platform could not be timelier, nor more critical, to our industry as consumers increasingly opt for used vehicles and digital retail is accelerating. I am excited to join forces with Jeffrey, [co-founder Donny Hall], and the SureSale team to help auto dealers, and our industry, better meet this shift, while also providing significant benefit to today’s used-vehicle consumer.”