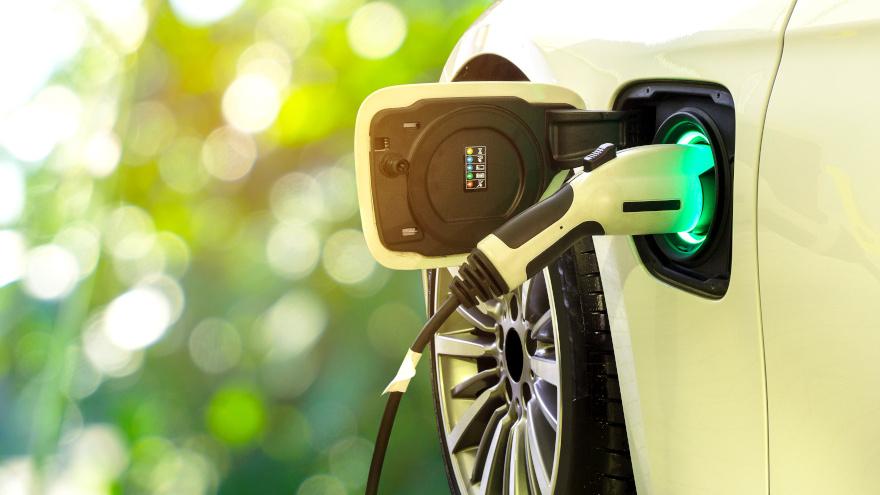 As electric vehicle owners are becoming more satisfied with at-home recharging capability, more consumers are financing the acquisition of an EV.

But as these trends continue, at least one expert is cautious about the capacity of the U.S. power grid to handle EV charging to go with the demands already placed on it because of heating, air conditioning and other major home appliances.

That’s the summation of information shared recently by Experian, J.D. Power and the University of Texas at Austin.

According to Experian’s newest State of the Automotive Finance Market report released on Thursday looking at the fourth quarter, the percentage of electric vehicles being financed is growing at a rapid pace

While gasoline vehicles continue to dominate new-vehicle financing, Experian noted that there has been growth in multiple alternative fuel vehicle segments, which comprised 15.91% of new vehicle financing in Q4 2021, up from 11.8% in Q4 2020. This includes electric plug-in/gas, flex fuel, and hybrids, in addition to EVs.

Focusing on EV financing, the Experian data showed consumers are more likely to purchase a new EV than lease it, with 72.3% of new EV financing being installment contracts and the remaining 27.7% being leases.

“Understanding the landscape of financing will be helpful for lenders and dealers to understand consumer preferences and make informed decisions as more models continue to be introduced,” Zabritski continued in a news release.

Whether the person acquired a Tesla, Ford, VW or a model from another OEM, J.D. Power acknowledged a brighter spotlight also will shine on home chargers.

And the J.D. Power 2022 U.S. Electric Vehicle Experience (EVX) Home Charging Study released on Thursday gave an inkling about where the situation stands at present.

Analysts explained that satisfaction is measured across eight factors, all of which provide a comprehensive assessment of the owner experience and charger performance, including:

J.D. Power determined there is a 188-point gap in overall home charging satisfaction between EV owners who use a Level 1 charger (564) and those using a next-level Level 2 charger (752).

“Home charging is an important aspect of owning an EV and taking that to the next level by utilizing a Level 2 charger is key to optimizing the ownership experience,” said Brent Gruber, senior director of global automotive at J.D. Power. “When upgrading to Level 2 charging, some home electrical upgrades may be necessary. Making those changes will mean faster charging and result in a far more satisfactory EV ownership experience.

“With battery ranges increasing, it makes sense for many owners to make the upgrade if they haven’t already,” Gruber continued in another news release. “All parties involved in the EV marketplace need to pay special attention to home charging since 84% of owners regularly charge at home.”

Other key findings of the 2022 study included:

• Charging performance has notable effect on satisfaction: The gap in satisfaction with charging speed is 361 points — a year-over-year increase of 9 points — going from a low of 326 for Level 1 portable chargers to a high of 687 for Level 2 permanently mounted chargers. This is exacerbated by the difference in speed of charging importance to overall satisfaction between Level 1 portable chargers (27%) and Level 2 permanently mounted chargers (15%).

• Upgrading to Level 2 requires owners to take action: Three-fourths (75%) of EV owners said at least one component upgrade was needed to complete the home installation of a Level 2 charger. The most common upgrades are wiring (55%); outlet (45%); and electrical panel (28%).

• Many EV owners unaware of utility programs: Only 40% of owners with Level 1 home charging and 52% of those with Level 2 charging know if any EV programs are offered by their local utility. Satisfaction is higher when EV owners utilize a program through their utility, such as charging during off hours at lower rates; financial incentives for a Level 2 installation; or itemized costs for EV usage.

“We’re on the verge of EVs approaching mainstream owners who are price conscious,” Gruber said. “The industry needs to be sensitive to the incentives beyond the purchase of the vehicle — and making sure owners are aware of them.”

Survey respondents for the study included 8,216 owners of 2016 through 2022 model year BEVs and PHEVs. The study was fielded in October and November.

Looking at the power grid

Javad Mohammadi is an assistant professor with the Cockrell School of Engineering at The University of Texas at Austin. Mohammadi’s research focuses on addressing the resiliency and decarbonization needs of the electric grid and electrified mobility systems.

In an analysis sent to Auto Remarketing, Mohamaddi discussed the expansion of America’s electric grid for EVs.

When it comes to broader deployment of electric vehicles in America, Mohamaddi explained what role will expansion of the electric grid play for those vehicles.

Mohammadi then identified what he believes are the key challenges for expansion of the electric grid for EVs.

“Our electric grid is aging and is not well-prepared to deal with disasters and weather issues. So, we need to modernize this infrastructure to deal with climate shocks and keep up with the growing energy demand,” Mohamaddi said. “The future of our energy grid will, for the most part, rely on its ability to store energy. So, electric vehicles could be a part of the solution because they are effectively batteries on the wheel, meaning that they can store energy and discharge it when needed.

“The main question here would be how to incentivize and manage an army of small batteries like individual batteries and electric vehicles to help the grid at time of need,” he continued.

Mohammadi recapped what progress has been made so far in expanding the grid for EVs.

“As manufacturers are betting big on EVs, the expectation is that our electric grid should keep up,” he said. “And there is a consensus that we need to invest in our electric infrastructure, and we need to have a modern electric system.

“Our decision-makers have started to rethink the role of Electric Vehicles in the future of our electric grid and develop plans and strategies for better integration. But these efforts need to accelerate,” Mohamaddi continued.

Finally, Mohammadi shared his recommendation for how the U.S. should move forward to expand the electric grid for EVs.

“We need to think holistically and consider transportation electrification in the broader context of our energy transition,” Mohamaddi said. “We need the right policies in place to incentivize EV adoption and encourage EV owners to help the grid in times of need.

“And addressing these questions is critical as we are upgrading our grid and building our charging infrastructure,” he went on to say.