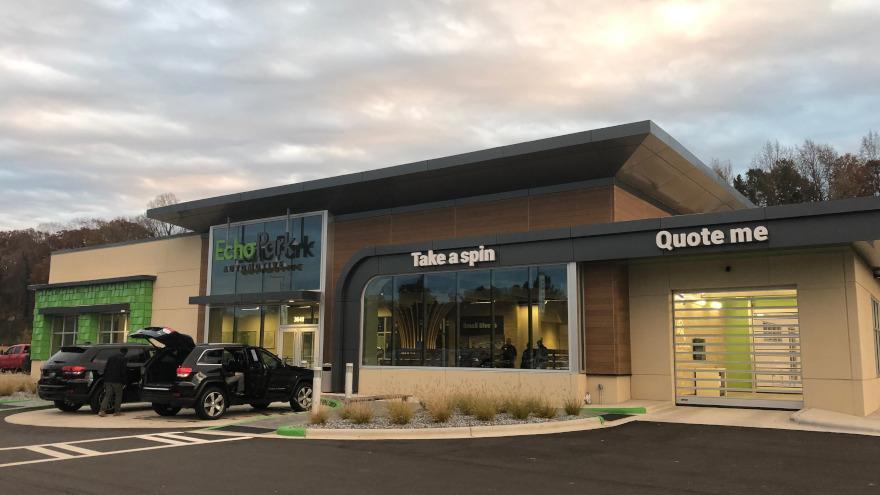 Sonic Automotive’s line of standalone used-car stores proved to be a major bright spot during the second quarter, as EchoPark Automotive notched a 52% year-over-year hike in segment income, the retailer said Thursday in its Q2 earnings release.

Saying such a gain underscores “the leverage and profit potential of this model,” Sonic and EchoPark president Jeff Dyke said the company plans to quicken expansion plans for the used-car stores.

The retailer is eyeing more than 500,000 annual sales for EchoPark by 2025, along with a national distribution network of 140 points and a more robust e-commerce presence.

With regards to the latter, Sonic is partnering with Cox Automotive and Darwin Automotive to build an e-commerce platform and user interface designed to “accelerate our EchoPark expansion plans and elevate the online retail guest experience on our franchised dealership websites and EchoPark.com beginning in the fourth quarter of 2020,” Sonic and EchoPark chief executive David Smith said in the earnings release.

As for the most recent period, Sonic reported $2.6 million in EchoPark segment income in Q2, beating year-ago figures by the aforementioned 52%. EchoPark’s revenue for the quarter was at $315.3 million, an 8% uptick.

The used-car standalone stores moved 13,207 retail used units for the quarter, a 5% hike.

Looking at the franchised dealership operations of Sonic, its same-store used-car sales fell 12% year-over-year. Sonic made 14% lower gross profit per unit on those sales ($1,122).

“I am extremely proud of the way our team has responded to the challenges of the past few months and the positive impact they have had on our business. EchoPark has continued to see a v-shaped recovery in sales volume and improved profitability, surpassing our original pre-pandemic forecasts for the month of June,” Dyke said in a news release.

“For the second quarter, EchoPark segment income increased 52%, demonstrating the leverage and profit potential of this model. Based on the significant success of EchoPark, we are accelerating EchoPark’s expansion,” he said. “We expect EchoPark to sell over half a million vehicles annually by 2025, through a 140-point nationwide distribution network and expanded e-commerce capabilities, generating incremental revenue in excess of $10 billion annually.”