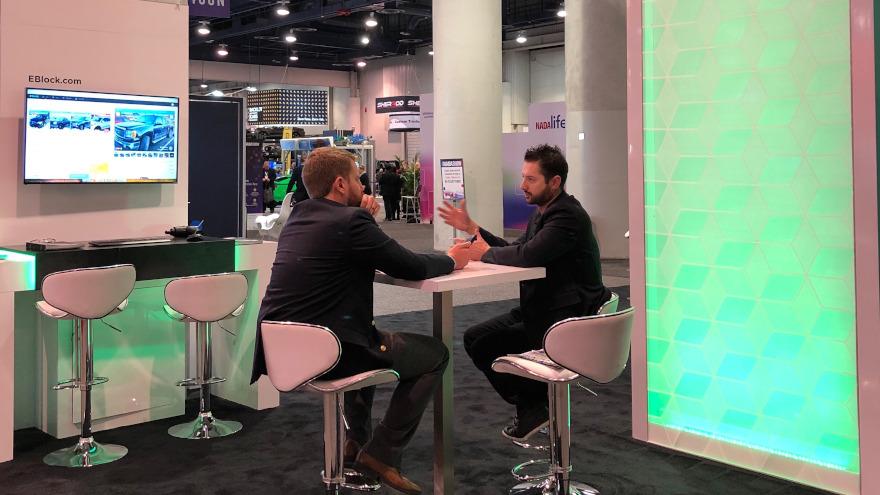 Another independent auto auction has lined up EBlock to provide an avenue into dealer-to-dealer online wholesale segment.

Akron Auto Auction announced the partnership with EBlock on Tuesday and said the first auction sales event between the two companies will be on June 18. EBlock and Akron Auto Auction will then hold online dealer-to-dealer sales each Thursday at 1 p.m. (EST).

“Truthfully, we’ve been looking for a partner that understands the auction business and has a vision for its future,” Bailey said. “Our partnership with EBlock comes at a critical time as not only do we believe our customers have wanted us to offer this platform, but we internally have felt like this is another tool that will fit very well within our already vast tool belt.”

EBlock president and chief executive officer Jason McClenahan added, “Our goal at EBlock is to set innovative, independent brick-and-mortar auctions up to compete in the dealer-to-dealer auction space, leveraging their relationships and infrastructure to deliver the ultimate auction experience online for their customers

“We come from the auction world; our focus is to take a technology-first approach towards expanding the auctions digital offering, without compromising the experience buyers and sellers alike expect when dealing with brick-and-mortar auctions. That is what really separates the EBlock experience from everyone else in the space,” McClenahan said.

EBlock, whose roots are in Canada, had shifted its strategy a bit, as it formulated a plan for the American market.

The company has decided “to not compete” with physical auctions in the U.S. but rather to partner with them,  McClenahan said earlier this year.

EBlock launched a partnership and exclusive integration with remarketing technology provider Auction Edge in January — a collaboration designed to give independent auctions their own slice of the online dealer-to-dealer auction market.

The partnership between the two companies began in January with the McConkey Auction Group, which through the integration of the technologies now has its own online dealer-to-dealer auction platform called MAG Now. It hosted the first MAG Now event on Jan. 28.

But the EBlock philosophy has always been one of blending brick-and-mortar with digitization, McClenahan said in an episode of the Auto Remarketing Podcast recorded at NADA Show 2020 in February. The company does not believe physical auctions are leaving any time soon.

“We’ve always been the ones (to say) that they need to evolve, leverage their logistics, their land to compete in the digital world,” he said during the podcast. “And we’ve proven that concept with our holding compounds nationwide in Canada. We’ve never just been a straight-up digital auction. We’ve always had land complementing that.”

Not to mention the brick-and-mortar background of EBlock’s leadership, including McClenahan, who spent 17 years in that space.

He added: “We’ve kind of picked a strategy now to not compete in the US and be partners with the auctions. We’re going to be their technology provider.”