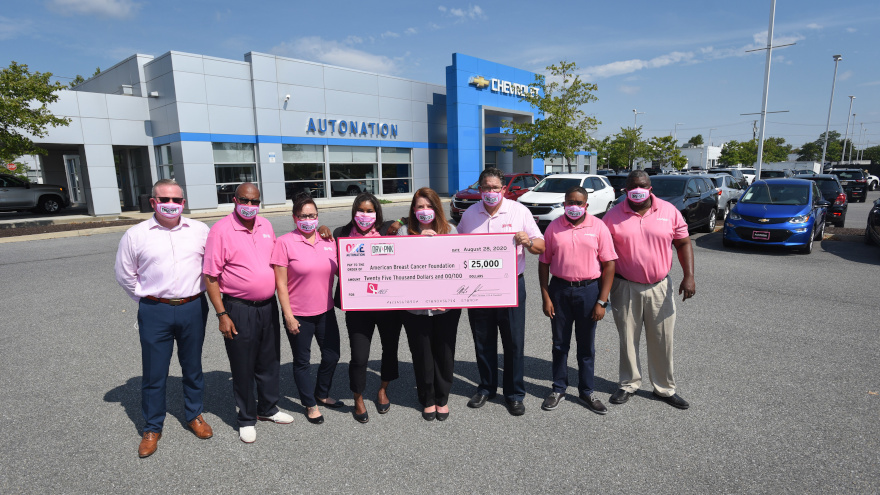 AutoNation’s Tuesday announcement that it was donating $25,000 to the American Breast Cancer Foundation marks the public unveiling of AutoNation’s new ONE AutoNation initiative. The company says the initiative continues its position as “a change leader within the automotive industry.”

The American Breast Cancer Foundation provides educational resources, access and financial assistance to aid in the early detection, treatment and survival of breast cancer for underserved and uninsured individuals, regardless of age or gender.

AutoNation designed its ONE AutoNation initiative to provide resources that help its associates, customers, community and industry start conversations around injustice and inequality. The company said that empowers individuals to “address issues, engage in dialogue and commit to action.”

In addition to its financial contribution to the American Breast Cancer Foundation, AutoNation will partner with the foundation to raise awareness and educate communities about cancer care and treatment.

AutoNation said the donation is in line with the company’s DRV PNK mission, which focuses on charitable giving and volunteerism to raise awareness, generate resources and build support for groups impacted by cancer. The DRV PNK effort has raised nearly $25 million since its 2015 introduction.

“No one in America should have their fight against cancer made any more difficult because of who they are or where they’re from,” AutoNation’s executive vice president and chief customer experience officer Marc Cannon said in a news release.

Cannon continued, “Each of us deserves equal access to quality healthcare, and we’re proud to make our first ONE AutoNation donation to an organization that is singularly focused on the needs of communities that are all-too-often marginalized.”

“There is no better time than right now to acknowledge that this can make a measurable difference in the race to beat cancer,” Hunter-Reay said.

“The funding they’re providing will make a real, tangible difference for so many struggling with cancer now, but what’s just as important is their commitment to helping us highlight the disparities that exist in cancer care today,” Loube said.

Loube continued, “The first step toward a more equitable healthcare system is the recognition of the ways that race, gender, age and other characteristics can factor into the quality of care that you receive.”