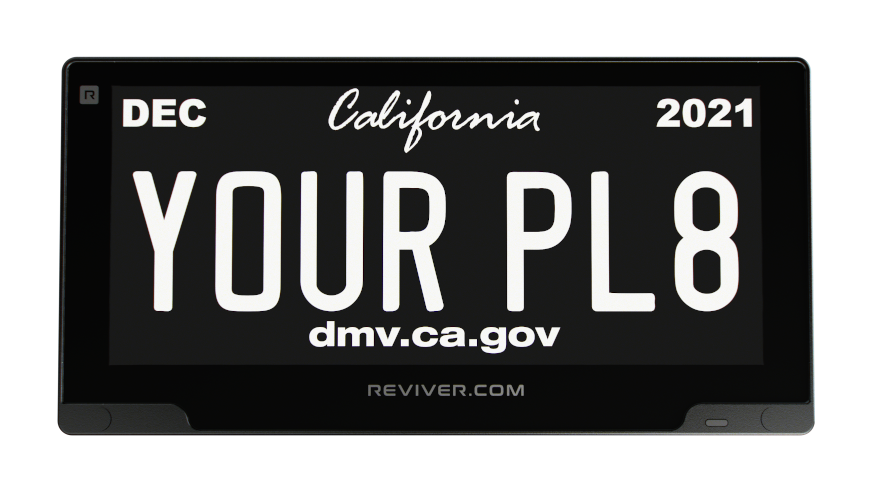 Under a strategic alliance between ReviverMX and Hansel Auto Group to sell what it describes as “the world’s first digital license plate” across Northern California, Hansel will sell and install the product, the Rplate, as an accessory.

With the Rplate, a user can automatically renew vehicle registration online without dealing with stickers and associated motor vehicle administration paperwork sent through the mail.

ReviverMX’s Rplate is managed by an encrypted app and also offers personalization features.

According to the agreement between Hansel and ReviverMX, Rplate sales will start at Hansel Auto Group’s flagship Ford dealership in Santa Rosa. Hansel has also secured the option of offering Rplates at the rest of its Northern California outlets.

The companies say the alliance provides advantages to the dealership. One is that the Rplates do not compete with anything else a dealer is offering.

“Our Rplates add incremental value to the purchasing process,” Reviver founder and CSO Neville Boston said in a news release. “They are immediately noticed and complimented by customers and add a very positive dynamic to the conversation.”

Reviver says its Rplate and Rplate Pro, sold in California and Arizona, and are legal for driving in all 50 states. The company adds that 11 additional states are “actively engaged” in various stages of the adoption process.

Hansel Auto Group chief executive officer Henry Hansel said his company expects most California dealerships to offer the product “in the near term.”

“As a recognized innovator in California’s automotive space, we’re quite selective about which accessories we choose to introduce to our customer base,” Hansel said.

He continued, “The Rplate, we believe, offers drivers a highly intelligent and physically attractive option that will simplify their driving life. We anticipate that, following its introduction at our Santa Rosa location, the product will likely become standard issue on most of our select vehicles across Northern California.”