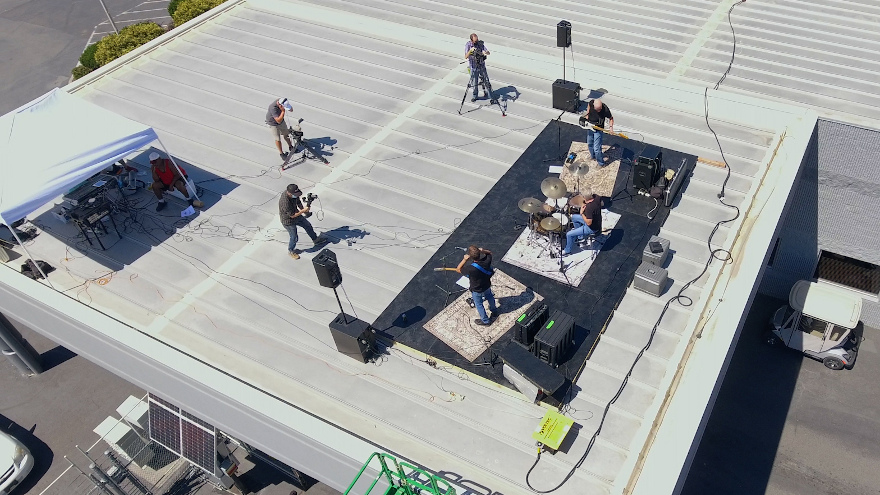 The event took place on July 22 and July 23 with the traditional series of segments, including a national accounts sale an evening concert on day with a dealer sale the next morning. The difference this year was digital as the sales took place exclusively via Edge Simulcast without vehicles or dealers in the lanes, and the concert was online.

McConkey Auction Group chief executive officer and president Bob McConkey described how the event was completely virtual in every respect.

“It was awesome in its own way,” McConkey said in a news release, mentioning that nearly 2,000 of the 2,400 units consigned were sold for an 83% conversion rate.

“While the volumes were obviously way off (a sign of the times) the sales percentage was off the charts,” he added.

One of DAA Northwest’s core values is “Fun,” and it was evident during the YouTube premier of The Cronkites’ rooftop concert.

The Cronkites have opened for every Rock & Roll Sale headliner since 1999, and they played on the auction’s roof for this year’s virtual party.

The auction pointed out the current pandemic didn’t allow for an in-person celebration, so DAA Northwest’s team delivered it digitally. The auction said concert guests attended online, dancing in their living rooms and engaging in a live chat throughout the 45-minute concert premier.

“Even though it was a great sale, I look forward to getting us all back together next summer for a ‘real,’ old fashion Rock & Roll Sale,” McConkey said.

MAG also is a member of the National Auto Auction Association and ServNet.