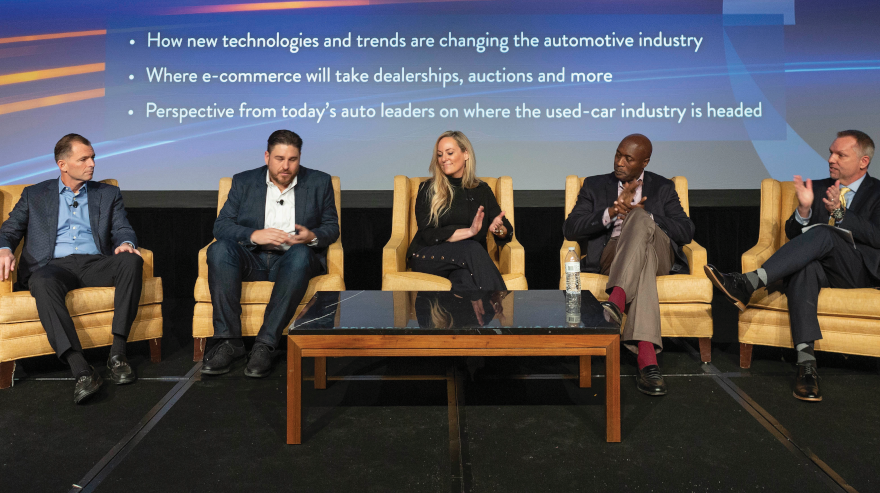 Since the early stages of my career, I have strongly disliked being called or thought of as a “female leader.” Those two words used together reminded me that the word “leader” was still thought of as implicitly male.

Instead, I prefer to be thought of as a “great leader,” or just a “leader.”

As a female executive in the male-dominated auto industry, there has been no shortage of challenging experiences, especially regarding gender bias. While this behavior is unacceptable, it is the reality of the world we live in, no matter the industry or role. It goes without saying that change needs to come from the top down, but until then, female executives must not let gender define their careers and how they lead.

I believe success is achieved by working hard, meeting deadlines, collaborating with teammates, taking on new responsibilities and more. By being my own toughest critic, and with the support of countless advocates along the way, I was able to reach a leadership role in the auto industry.

Rather than let obstacles and challenges hold you back, you can use them to your advantage to excel. No matter the hurdles, there are always ways to create opportunities for yourself to prove others wrong. If given the chance to speak during a meeting, share a woman’s perspective — something that no man in the room has.

It’s also no secret that there is a huge lack of diversity in business. While that is changing little by little, I want to ensure that I contribute to it beyond just myself.

While being a woman in the auto industry is a huge step forward, there are other underrepresented groups across gender, race, and class that I can use my leadership position to support.

Throughout my career, I have benefitted from and heavily valued mentorship and sponsorship. It has made all the difference for me, and I make sure to give back by mentoring women and others from minority groups. The best part about that support network is that they often become your peers and fellow advocates for change.

A few of the important points I like to teach and highlight as I mentor include: ignore the bullshit, never hide your opinion, and learn from each challenge. Although we have a long way to go, it thrills me to see more women on Zoom calls, in board meetings and across C-suite teams.

Beyond the inherent gender-, race- or class-based obstacles, additional challenges arise throughout one’s career. In my case, the two roles I currently play at CarLotz are not complementary; in fact, they often clash. While not easy to do, I enjoy having to use both sides of my brain to determine how the business can grow, while simultaneously protecting it.

My dual role as chief commercial officer and general counsel keeps me on my toes and helps me grasp and understand how both sides of the business work, and I genuinely believe this curiosity makes me the leader I am today.