The coronavirus pandemic has made it difficult to impossible for dealers to perform certain contractual obligations. Especially where shelter-in-place orders are in effect and auto dealer sales operations are considered to be non-essential businesses, a dealer forced to close its sales business may be unable to make payments due on floorplan loans or meet franchise sales quotas. Other contractual obligations may be difficult or impossible to perform, as well.

One possible avenue for relief may be available in contract “force majeure” or Act of God clauses. “Force majeure” means unforeseeable circumstances that prevent someone from fulfilling a contract. These clauses are typically contained in the contract boilerplate and are designed to allow a party to delay its performance or even terminate the contract if an enumerated force majeure event occurs. The clause will list a series of events that typically include acts of military intervention, strikes, civil unrest, natural disasters, acts of God, and other calamities. Some contracts include a “catch all” provision making reference to any unforeseen act beyond a party’s control, or words to that effect (e.g., “any act or occurrence beyond a party’s reasonable control and due to no fault of the party”).

Force majeure clauses are not consistent across all contracts. Your contract’s force majeure clause will dictate what events may delay or excuse performance. An act of God is generally defined as an unusual or extraordinary natural event, such as floods, earthquakes, volcanic eruptions, tornadoes, hurricanes, blizzards, etc. The contract clause may list pandemics or acts of government authority as examples of force majeure events or contain other language that may cover the coronavirus and associated government responses. A general “catch-all” clause could also be argued to delay or excuse performance.  The contract language of the clause will ultimately determine whether you may be able to delay performance of a contractual obligation.

Know that courts generally interpret force majeure clauses strictly, meaning they will not give an overly expansive interpretation to the enumerated events such as by limiting acts of God to mean extraordinary weather-related events.  A contract without a catch-all clause will be most strictly construed.  A catch-all clause at least gives you an argument that the list is not meant to be exclusive and a party’s ability to control the event is the determinative factor. Know, however, that most courts interpret a general catch-all provision to cover only externalities that are like those specifically stated in the balance of the clause.

If a force majeure event applies, what performance does the contract require?

Assuming there is a specific reference to a pandemic or you want to argue a “catch-all” clause applies to make the coronavirus outbreak and government responses a force majeure event, you still need to review the contract clause to see what performance is required.

Force majeure clauses may codify an impossibility standard and require that performance of contractual obligations be “impossible” before all obligations are excused. Others may be less stringent, requiring only that the performance, considering the triggering event, would be “commercially impractical.” So, if your state or municipality has adopted a ban on gatherings of more than 50 people, that may provide a basis to fail to perform a meeting scheduled during the applicable time.  Also, not all force majeure clauses provide for termination of an agreement; many only excuse a delay in performance, providing that any failure to perform due to a triggering event during the force majeure event will not constitute a breach under the relevant agreement. 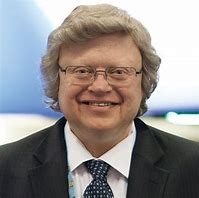 Many force majeure clauses also require the affected party to make reasonable efforts to perform during the force majeure event to the extent it can do so. Again, it is the language of your specific contract that determines whether this is the case.

Notice required to be given to the other party

All force majeure clauses require the non-performing party to give notice to the other party, sometimes within very tight time deadlines.  Notice provisions may specify the form of the notice, to whom it must be sent, and the way it must be sent. Additionally, many agreements will require that notices must provide enough specificity to make clear why the relevant triggering force majeure event applies to a given provision in a contract.

Be sure to read the clause carefully and give timely notice in the manner required by the contract.

In many states under the common law, there is an implied defense to performance if a situation occurs that makes performance impossible.

The party asserting this defense will bear a heavy burden of proving that the event was unforeseeable and truly rendered performance impossible, and the doctrine generally is applied narrowly. For example, assertions that the event rendered performance more expensive or difficult have been rejected under the impossibility doctrine.  As a result, some states, like California, have enacted statutes to address the impossibility of performance defense. In California, the California Civil Code excuses performance under a contract when: “it is prevented or delayed by an irresistible, superhuman cause, or by the act of public enemies of this state or of the United States, unless the parties have expressly agreed to the contrary.”

For any contracts made difficult or impossible to perform due to the coronavirus or the acts of government authorities such as shelter-in-place orders, review your contract carefully with your attorney and pay particular attention to the force majeure clause. Note whether you can argue it applies and, if so, deliver timely and sufficient notice, and comply with any performance standards the clause requires. Again, note that these clauses tend to be strictly construed by the courts, but they may provide at least a bargaining chip to negotiate new performance arrangements with your counterparty.

Randy Henrick is an auto dealer compliance expert who serves as a head of the franchise dealer practice group for Ignite Consulting Partners. Randy also offers compliance consulting services to dealers directly at www.AutoDealerCompliance.net. He served for 12 years as Dealertrack’s lead regulatory and compliance attorney and wrote all of Dealertrack’s Compliance Guides. He has presented workshops at five NADA national conventions and speaks to dealer associations, 20 groups, and prepares training and other compliance materials for dealers. Because of the general nature of this article, it is not intended as legal or compliance advice to any person but raises issues you may want to discuss with your attorney or compliance professional.