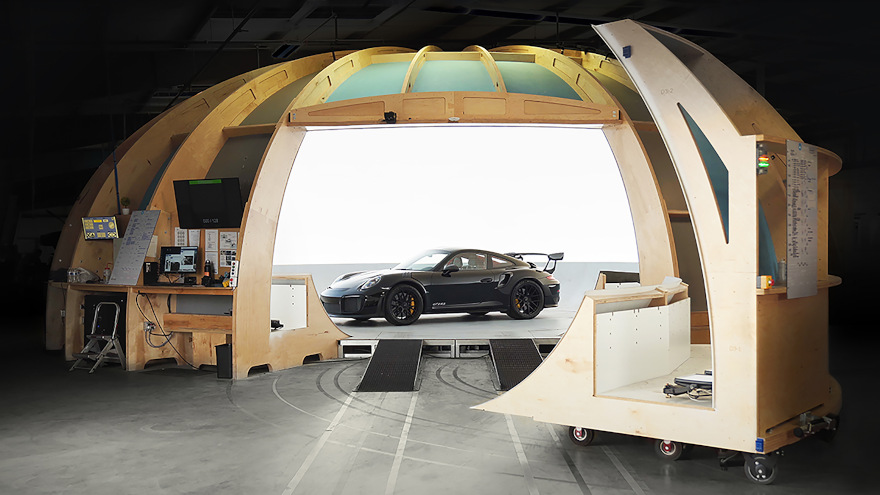 Carvana recently made an array of upgrades to its imaging technology to promote the more than 15,000 vehicles it currently has in its online inventory.

While the technology is meant to help the digital retailer move its late-model inventory, Carvana wanted to highlight the capabilities even more, so it is giving car enthusiasts the opportunity to virtually tour some of the most epic vehicles ever courtesy of Craig Jackson, chairman and chief executive officer of Barrett-Jackson.

Carvana and Barrett-Jackson worked together so now a Porsche 911 GT2 RS, Ford Shelby GT350 convertible, 1970 Plymouth Hemi Cuda and Bugatti Veyron can be taken for a virtual spin from the comfort of home or on the go via mobile device at Carvana.com/spinner.

On that site, car enthusiasts can see this new technology at work to showcase the outstanding features of these rare vehicles such as factory-original black leather seating; in-violet metallic paint; a 3.8-liter, 6-cylinder bi-turbo engine; and 400-watt audio system.

Carvana said its latest imaging upgrade can provide four times the imaging detail, which is made possible by 64 angles, 26,000 LEDs and several gigabytes of 3D image mapping data for every single vehicle.

“We made the virtual vehicle tour a reality when we launched Carvana, providing customers with proprietary, high-definition, 360-degree photography of every vehicle, inside and out, calling out features and imperfections, so they knew exactly what they’re buying,” Carvana founder and chief executive officer Ernie Garcia said in a news release.

“This level of transparency was new to the industry when we launched just seven years ago, so we are incredibly proud to heighten that experience for customers with our advanced imaging technology. And we couldn’t ask for a better way to showcase it than with Craig Jackson’s epic vehicle collection,” Garcia went on to say.