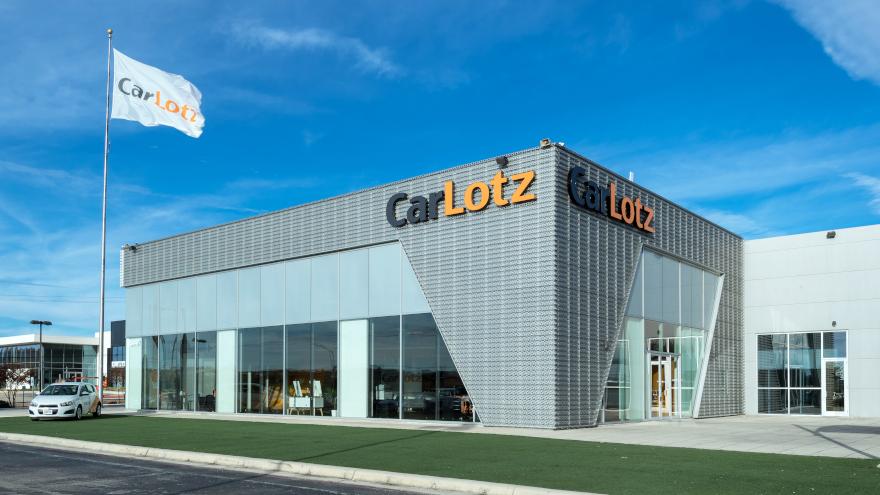 Another company in the used-car space is going public through a merger with a special purpose acquisition company, also called a SPAC.

CarLotz and Acamar Partners Acquisition Corp., a publicly traded SPAC, announced Thursday they have agreed to a definitive business combination through which the used-car consignment and trademarked “Retail Remarketing” platform would become publicly traded.

The combination is expected to close in the fourth quarter, and once it does, the combined company is expected to continue its listing on Nasdaq. The newly named CarLotz, Inc. would trade under the “LOTZ” ticker symbol.

The PIPE participation also includes Acamar Partners and Michael Bor, who is the co-founder and CEO of CarLotz.

“We are thrilled to bring CarLotz and Acamar Partners together as one company, adding more fuel to the fire that we built when founding the business in 2011,” Bor said in a news release.

“We pioneered the Retail Remarketing industry by creating a system for corporate sellers of vehicles to access the retail market,” he said. “Our technology, omni-channel marketing and asset-light inventory sourcing model allows consumers to buy, sell, trade or consign vehicles online or in-person, creating a unique model to capture market share over the long term.”

The news release indicates that, “Existing CarLotz shareholders will roll over the vast majority of their existing equity, retaining 59% of the combined company’s pro forma equity.”

The merger is being funded through a combination of the $125 million in PIPE proceeds along with Acamar Partners’ up to $311 million cash-in-trust.

This will allow the newly combined company to retain as much as $321 million in cash after the merger, assuming there are no redemptions by existing Acamar Partners shareholders. This cash would go towards working capital and growth.

The news release also indicates the transaction should fully fund the expansion and growth initiatives at CarLotz. Among those plans are core technology investments and capital expenditures to fuel a hub expansion across the country.

Acamar Partners CEO Luis Solorzano said in a news release: “CarLotz embodies our investment philosophy of growth and value creation. Our team at Acamar Partners is partnering with CarLotz not only because the Company offers the highest growth prospects in the industry over the coming years, but also because it is one of the industry’s run-rate profitable and cash-flow breakeven players.

“On top of this great combination of attractive market dynamics and a differentiated business model, CarLotz benefits from multiple short- and long-term growth opportunities driven by its ongoing nationwide expansion, which Acamar Partners expects to support through this transaction. We are pleased to partner with Michael and the team and be part of this disruption opportunity.”