On July 1, 1941 at 2:29 p.m., the first television commercial appeared on screens across the United States. Bulova, a watch company, aired their 10-second commercial at a cost of $9 prior to a Brooklyn Dodgers and Philadelphia Phillies baseball game.

During the last Super Bowl, companies paid $5.6 million for a 30-second spot. Just under 100 million viewers on average watched Fox’s broadcast of the game.

Video was exclusive to television in 1941 but obviously it is not any longer. The delivery of video has grown because of the internet and sites like YouTube. It’s led to $26 million in earnings for 8-year-old Ryan Kaji, last year’s top YouTube earner with $26 million. Ryan rose to fame opening presents in front of the camera. Ryan Toys Review debuted in 2015 and now has 23 million subscribers.

Some advertisers have cut back on television ads because of other available delivery systems, not because video stopped working. Less expensive and more targeted distribution has allowed additional genres and the “average person” to “be seen.”

Video can be engaging. A person’s personality comes through in a video more than other delivery mechanisms. Video is closer to real life because you can see and hear the person delivering the message—which makes it easier to trust the messenger (or advertiser). A video can make a difficult topic easier to understand. 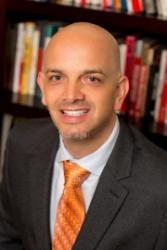 If a picture is worth a thousand words, what is a video worth?

Thankfully for advertisers, you don’t have to spend $5.6 million on a Super Bowl ad to reach 100 million viewers. In fact, PragerU.com has earned 3.1 billion views of their videos in just a few years.

The style of video matters as does the delivery mechanism

Earlier this year I interviewed Dennis Prager, founder of Prager University. I asked Dennis about the evolution of their video style. Currently, they have some of the best-animated videos I’ve ever seen. Others must enjoy them as well — given their 3.1 billion views. Dennis revealed that their videos were not always animated. They used to have a human presenter with an occasional slide or picture popping up on the screen at appropriate moments. A photographer who owned the rights to a picture of a kangaroo threatened to sue PragerU for using a photo without permission (Dennis said it was an honest mistake). This led to the switch to animated videos. In my interview, Dennis said when they switched their videos to animation they increased their viewership by 100 times.

In this scenario, the animation is definitely a better option in part because difficult topics are explained. The animation makes them even more interesting and easier to understand.

One con of online videos was made obvious when Dennis shared, “There must be hundreds of thousands of comments on our videos and many of them are very negative. It’s very interesting to see what gets people the angriest, and you will be shocked.”

A video played via a television ad can garner the same anger and negative comments but it’s not visual. If you can get by that–and if you don’t have a controversial topic–consider posting some interesting videos online.

I also asked Dennis why he and Adam Carolla decided to launch the movie, No Safe Spaces, in movie theaters instead of a series of online videos. Part of his answer was, “it’s a different genre and they are not competing with each other.” (Get the audio interview and/or transcript free at or DealerProfitPros.com/sell-with-video).

What to do next

Think strongly about different ways to distribute videos. Television is not the only distribution channel anymore. Find a different genre and style that works for you–and watch sales soar.

Kenny Atcheson is the founder and president of Dealer Profit Pros and author of Marketing Battleground: How to Deploy Under-the-Radar Strategies to Explode Your Profits. Kenny teaches workshops and speaks at conventions and 20 Groups. His company offers several marketing and advertising programs (including help with video content), customer service and sales training. His website can be found at www.DealerProfitPros.com.