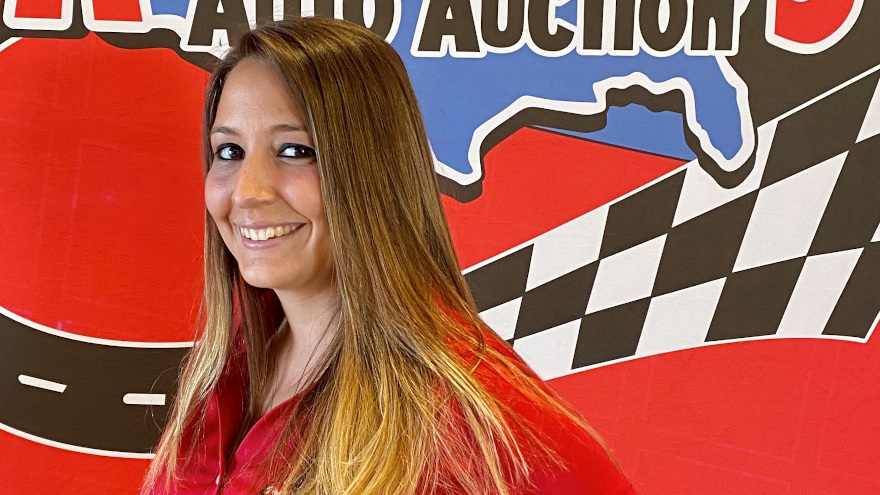 America’s Auto Auction promoted a staff member at its facility in Virginia Beach, Va., as the location welcomes customers back for live sales and readies for an upswing in fleet and lease volumes following the slowdown stemming from the industry restrictions put in place to battle COVID-19.

According to a news release distributed on Tuesday, America’s announced that Amanda Kennedy has been named fleet/lease manager at America’s Virginia after most recently serving as fleet/lease coordinator.

“Amanda has proven herself to be an outstanding team player from the moment she came to work for us in 2016,” America’s Virginia general manager Jerry Daisey said in the release. “She brings tremendous enthusiasm to her work, along with great organizational skills and an outstanding work ethic that shows in everything she does. Her leadership and dedication have made a great impact on those she works with at the auction and on our customers as well.

“She has a great future in the business, and we are delighted to have her on board as our fleet/lease manager,” Daisey added.

A U.S. Army Reserve Veteran who served in the military police, Kennedy first joined the auction as a member of its security team. The company mentioned she quickly showed an affinity for auction operations, and learned the business from the ground up, handling responsibilities ranging from check-in, inventory and running lane control on sale day, to writing condition reports, managing the auction’s GSA account and assisting commercial customers as a fleet/lease coordinator.

“America’s Auto Auction’s success stems from the outstanding people at each location,” said Tammy Swofford, America’s national sales director. “There’s great strength derived from employees who come up through the ranks, and we are committed to promoting from within whenever possible.

“Amanda’s commitment, dedication and skill have been evident in every position she has held at America’s Virginia, and we know that she and the auction will continue to thrive as she pursues her new responsibilities as fleet/lease manager,” Swofford went on to say.

Kennedy shared her perspectives about her time with the auction and new role.

“The last four years with America’s Virginia have been exciting and challenging, and I’ve enjoyed every minute of my auction education as I have learned about the business working in different departments,” she said. “America’s commitment to quality and customer service is evident in every aspect of the business, and I’m proud not only to work in that kind of company culture but to represent that culture to our clients.

“The auction has returned to live selling every week, and we foresee big gains in our commercial volumes,” Kennedy continued. “I’m looking forward to helping to facilitate that growth among our fleet/lease accounts.”

America’s Auto Auction Virginia is situated in southeast Virginia, serving dealers and institutional accounts the very best in quality services. The auction moved to a new, modern 72-acre home in May 2011.

Located near Norfolk International Airport, the intersection of Highways 64 and 264, and the freight harbors of Norfolk and Newport News, the auction welcomes more than 500 dealers to its weekly Wednesday sale and hosts a large audience both onsite and online.

Founded in 2005, America’s Auto Auction is the third-largest auto auction company in the United States with 23 locations.

Additional information about all of the America’s Auto Auction facilities can be found at www.americasautoauction.com.