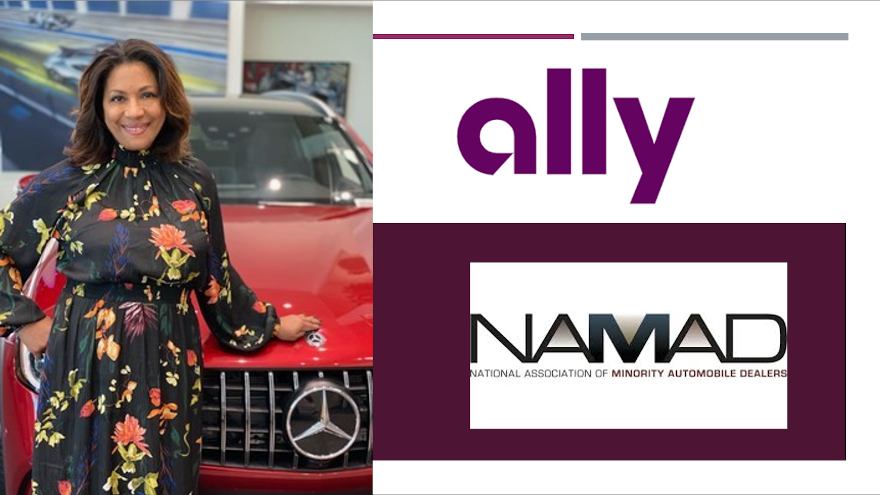 Grené Baranco explained why her recognition from Ally Financial and the National Association of Minority Automobile Dealers (NAMAD) sends “an important message.”

On Tuesday, Ally and NAMAD joined forces to name Baranco, who is the new and used sales manager of Mercedes-Benz of Buckhead, as the recipient of the third annual “Ally Sees Her” award in recognition of her automotive leadership and commitment to community and diversity.

In conjunction with the award, Ally is donating $10,000 to Meals on Wheels Atlanta in Baranco’s honor.

“A lot of women, younger than me, have not been able to see themselves in this industry,” Baranco said in a news release distributed by Ally.

“This award is really about telling women of color that their contributions are valued,” she continued. “It recognizes me and what I represent, an African American woman having a successful career in retail automotive. This is also an important message for our industry as we seek new leadership and talent in areas that may not have traditionally seemed available to some.”

Ally recapped that it developed the “Ally Sees Her” award with NAMAD three years ago to recognize the next generation of promising minority women leaders in auto retail who also are highly involved in their communities. The award was inspired by the Association of National Advertisers #SeeHer campaign to elevate women in media and marketing.

Previous winners include Amber Martin, who leads business and community partnerships for the Martin Management Group in Bowling Green, Ky., and Karmala Sutton, who in 2018 was the dealer in training at Honda of Kenosha in Bristol, Wisc.

“The award is our way of lifting women of color by spotlighting a leader who is making a difference in her community and at her dealership. We want to showcase leaders like Grené, who inspire other women,” Ally senior director of corporate citizenship Jacqueline Howard said in the news release.

“Grené has kept her eye on innovations throughout her career, implementing one of the first-ever auto Internet sales departments in the country in 1997,” Howard continued. “She’s dedicated to continually improving the industry while also forging a path for the women who follow her.”

Baranco, whose parents — Greg and Juanita Baranco — bought the Buckhead dealership in 2003, serves on several boards in Atlanta, including Meals on Wheels Atlanta, Common Cause Georgia, the Georgia State University Department of Religious Studies Alumni Board and The Arts Xchange.

In response to Ally’s donation to Meals on Wheels Atlanta on her behalf, Baranco said the nonprofit is special to her because it provides nourishment for the community’s “body and soul” as recipients benefit from the volunteer visits as much as the food they bring.

“The relationships they build during the visits are equally as important as the meals they serve,” she said.

Baranco began her auto career in 1997 at her family’s Pontiac GMC dealership in Lilburn, Ga., where she created the internet sales department. She also has managed internet sales at Infiniti of Beverly Hills and at Mercedes-Benz of Buckhead and served as general manager for the Baranco family’s Smart dealership franchise.

Baranco is a graduate of Georgia State University and the National Automobile Dealers Association Dealer Academy.

“Grené is the true example of being a leader, innovator, and trailblazer in the auto industry,” NAMAD president Damon Lester said.

Baranco was to receive her award during a virtual NAMAD recognition ceremony on Tuesday that can be viewed on this website.